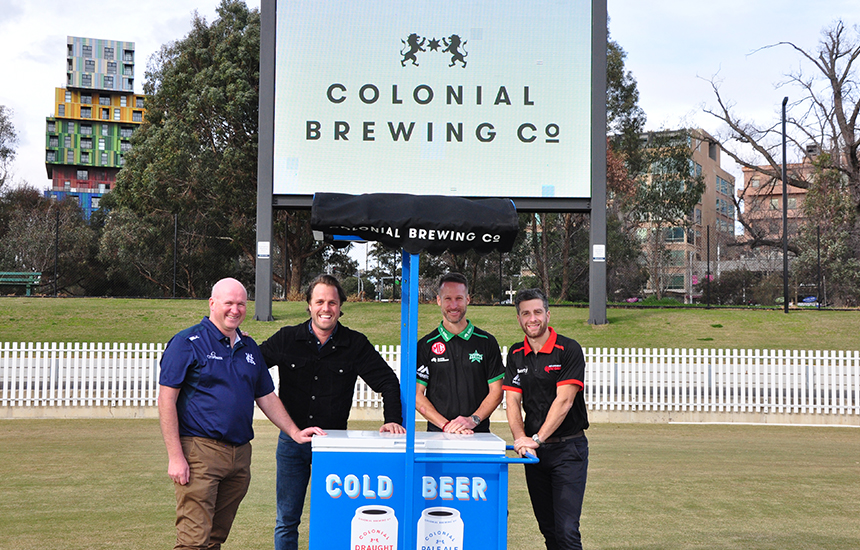 Cricket Victoria is pleased to announce a new partnership with Colonial Brewing Co. as the Official Beer & Cider Partner of Cricket Victoria, the Melbourne Renegades and Melbourne Stars for the next three years.

The partnership will see Colonial Brewing Co. secure pourage rights at the CitiPower Centre at Junction Oval and cater for all of Cricket Victoria’s official events.

Specialising in uncomplicated and approachable beers, Colonial Brewing Co. will offer a range of handcrafted beers and a Cold Pressed Apple Cider to Victorian cricket fans to enjoy both at CitiPower Centre and beyond.

The partnership will also deliver benefits to Premier Cricket clubs and community clubs throughout Victoria.

Colonial Brewing Co. Managing Director Lawrence Dowd said “Cricket represents everything we love about Australian sport and as an independent Australian-owned business, we’re excited to partner with Cricket Victoria and support cricket fans and communities at every level of the game.”

“We’re delighted to see a shift toward independent and Australian-owned craft breweries moving into the arena of major sports sponsorships.”

“We’re really pleased to have Colonial Brewing Co. partner with us here at Cricket Victoria and the Melbourne Stars and Melbourne Renegades. It’s a tremendous result and the added benefits for our Premier Cricket and community clubs across the state will help build a strong relationship with this innovative brewery that has really established its presence in Melbourne,” Cummins said.

The Colonial Brewing Co. East Coast Brewery is located at 89 Bertie Street Port Melbourne and is open to the public for meals and drinks from Thursday to Sunday.

Colonial Brewing Co. has come a long way since that first keg, but the philosophy remains the same – Brewed for the local community. Always uncomplicated.”

To find out more about Colonial Brewing Co. visit www.colonialbrewingco.com.au

*Photo taken outside of a COVID-19 lockdown.