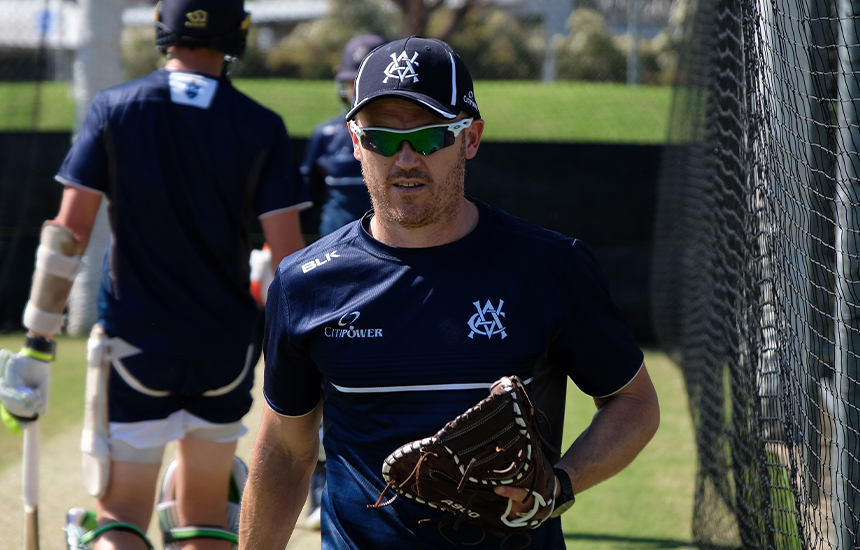 The Australian Men’s Team has strengthened their coaching ranks by announcing the appointment of Victorian Assistant Coach Andre Borovec.

Borovec has been an assistant coach with Victoria since 2018, overseeing a successful era for the Victorian Men’s Team. Over this period Victoria won the Sheffield Shield and One-Day Cup competitions.

Success also came for Borovec with the Melbourne Renegades, where he was an Assistant Coach during their championship winning BBL|08 campaign.

During his tenure at Victoria, Borovec was called upon on three occasions by the Australian Men’s Team to act as an Assistant Coach.

Current Australian Men’s Head Coach Andrew McDonald has a long history with Borovec, even playing under him in Victorian Premier Cricket. Borovec was Head Coach at the Geelong Cricket Club after a 23-year playing career that spanned over 330 matches.

McDonald spoke highly of his time at Geelong with Borovec in 2015.

“I played under him for six or seven games, and I didn’t really know him at that stage, but there was just something about him where I went, ‘Oh, he’s good’.

“This environment he had created – this was the way I had wanted to be coached for a long period of time. It made me think about how I could become a better coach.”

Cricket Australia’s Executive General Manager, High Performance and National Teams, Ben Oliver said: “Andre has worked with the squad on select tours for the past year including the successful Test Series against Pakistan with Andrew (McDonald), Michael (Di Venuto) and Jeff.

“He has progressed through the ranks from player to coach at Premier Club level, the Victorian Institute of Sport, Victoria and Melbourne Renegades. With a background in education, he brings a wealth of high-performance knowledge, skills and is a great addition to the coaching group.

The former first-grade wicketkeeper from Geelong who Aaron Finch rates among the hardest trainers he has ever seen also spent two seasons as a high-performance manager at Melbourne University Cricket Club.

In 2018 Borovec was elevated to an Assistant Coach with the Victorian Team, working with then Head Coach Andrew McDonald and assistants Lachlan Stevens and Mick Lewis, while he also led the Victorian Second XI (Futures League).

Some of Borevec’s greatest strengths are in opposition analysis and his ability to work with players at an individual level.

His work done in finetuning the statistical and visual aids that Victorian teams use as preparation for their opponents was a strength that the Australian team identified.

“My coaching is governed by an athlete centred approach. What works for one player may work for another player, but it may not as well,” Borovec said after his appointment in 2018 on his coaching style.

Borovec now enters a new exciting phase of his career, where his first role will be leading the Australia A squad in Sri Lanka as Head Coach.