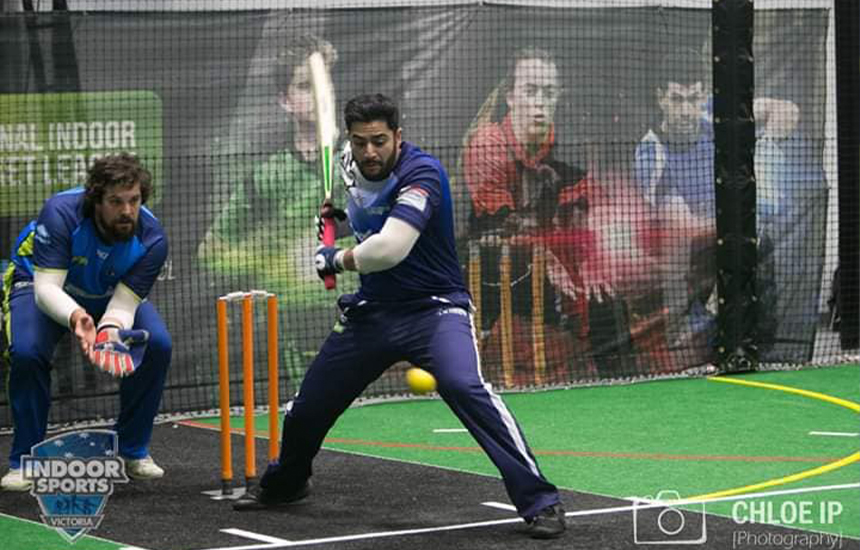 Back-to-back wins for the Melton Falcons consolidated their lead atop the Men’s West division standings, as they took their season record to a perfect nine from nine.

The Falcons repelled a courageous effort from the Albury Warriors before triumphing by one run in a top of the table clash against Hoppers Hurricanes. Yet again Hurricanes skipper Trent Lawford provided the impetus through the middle of the innings, putting on 41 with Jay Dolliver to lead Hoppers to a competitive 109. The Falcons also yet again found themselves playing with seven, but that didn’t stop them from flying high. Grant McDonald and Craig Ballinger put on 34 and were backed up by Steve Robertson and Matt Fitt who backed up with 38 to leave Melton placed at 72 after eight overs. The final over saw seven required and the Falcons got over the line off the last ball to record a memorable win.

On the other side, the Northcote Knights finally seem to be stringing some form together, after defeating the Geelong Jets 118-82 and taking the 4 skins. In an odd encounter, an aggressive Geelong outfit put up 82 in their turn at bat despite conceding no less than 13 wickets. Thomas Henderson notched up 20 off 10 balls whilst Nick Ritchie picked up 4 wickets for the Knights. The Knights pursued the target with confidence, with Dan Fielding and Adam Hall putting up 37 to open and the rest of the pairs following suit as the Knights took some vital competition points. It leaves them in third spot, nine points behind Hoppers, who trail the Falcons by a further four points.

On the other side of town, family love was the name of the game as the Baker brothers (Travis and Luke) and Gregory brothers (Josh and Mitch) lined up to take Cranbourne Kings to a convincing win over a young CSB Seahawks side in the CA live-streamed match of the week at the brand-new Casey Stadium. With Justin Perkins, Geoff Latham, Adelaide Campion and Sophie Jennings all featuring in the commentary box, the Kings stood up with an impressive 109 batting first, all batsmen chipping in and all pairs making their way over 25 as the Seahawks struggled to contain the plethora of side-net shots. In response, Cranbourne simply had too much firepower, with Travis Baker snaring three and Daniel Van Hees four wickets. Josh Gregory will see himself on the highlight reels for a while to come yet after a sharp catch to his left at three-leg line off Baker. CSB were reduced to 20 as the Kings took four valuable skins.

It was a much-needed win for Cranbourne who eclipsed Casey Stars into second on the ladder behind the Croydon Raiders. The Raiders have picked up steam since their early season loss and are looking favourites for the East Division after a 120-52 win against the Stars. Stars president James Dornan, who was watching the match unfold, was complimentary of the Raiders: “When you play Croydon you know what you will always get. Tight bowling lines and energy in the field. They simply executed better than us today. They are well drilled and well led. Their leaders stood up again today” said Dornan.

The Northcote Pirates’ U-turn is in full motion this season as the Pirates romped to their fourth straight win to start the season, this time with a 120-61 over the winless CSB Seahawks. Rebecca Heenan and Nethali Perera put on a massive 52 for the third pair after Northcote were 44 at the mid-way point of the first innings, leading them to an imposing total. The Seahawks had their chances, especially after Jade Johnson and Victoria Podesta made tied the first pair at 35 apiece, leaving the side 10 runs to claim the second pair and two skins. However, the Pirates took 6 wickets in the next pair, Perera and Heenan sharing a brace, and the Northote outfit didn’t look back after that, keeping their position atop the ladder from Cranbourne Kings, who have a match in hand.

On the other side of the draw, the Casey Stars blew away Croydon by 155 to 31 in the CA live stream match of the week. Isa White’s 31 runs with the bat and 5 wicket haul generated her an incredible +50 net contribution for the match as the Stars piled up the runs. Three pairs made 35 or more, before they squeezed Croydon in the field, taking 15 wickets to seal four skins and the win.

Hoppers Hurricanes have laid down the gauntlet and shown the Croydon Raiders they will have to fight for West Division honours this season after chasing down 99 and taking three skins in the process to deal the Raiders their second loss this season. The Hurricanes went atop the ladder with a game in hand which will be frustrating to the Raiders after they got out of the blocks quickly. Rising star Elly Donald, who was in the past week provided another Victoria outdoor cricket contract for the 2019/20 celebrated in style as her and Deb Laughlan put on 36 in the first pair. The Raiders were looking comfortable with 63 at the half-way mark, though the Hurricanes pulled it back to keep them to 98. They could only take 4 wickets in response, as Hoppers made hay through the middle of the innings. Best on ground Briony Polkinghorne scored 25 off 16 balls to go with her 2 wickets as her and Haylee Landi put on 34 for the second pair whilst Leanne Leggieri and Kerry Garwood backed it up with 33 to help the Hurricanes to a solid win.