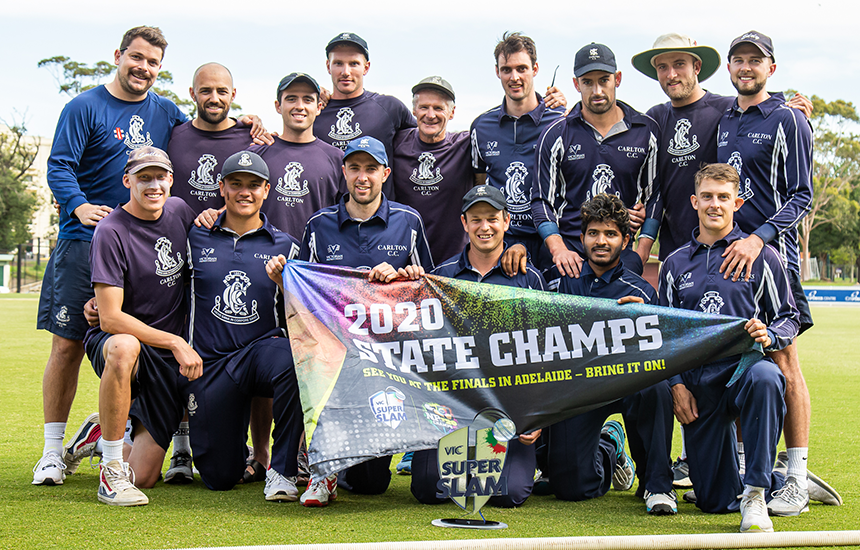 Carlton Blues will head to Adelaide in March looking to defend their National T20 Championship title after a comprehensive win in the 2019-20 Vic Super Slam final.

The Blues won the toss and sent Monash Tigers in at the CitiPower Centre and made scoring tough.

For the Tigers, Andrew Humphries top-scored, producing an unbeaten 42 from 39 deliveries as the side finished on 7-116.

The Blues began their run-chase aggressively as Evan Gulbis smashed 4 fours and 6 sixes in an outstanding 55 off just 16 deliveries. With Tom Smyth also dominant 44* (24), the Blues cruised to victory with nearly 10 overs to spare.

Both the Blues and the Tigers will now represent Victoria in Adelaide at the National T20 Championship on March 3 and 4.

In March 2019, the Blues captured the inaugural national title in thrilling fashion after defeating University of Queensland by one run in a final ball thriller.