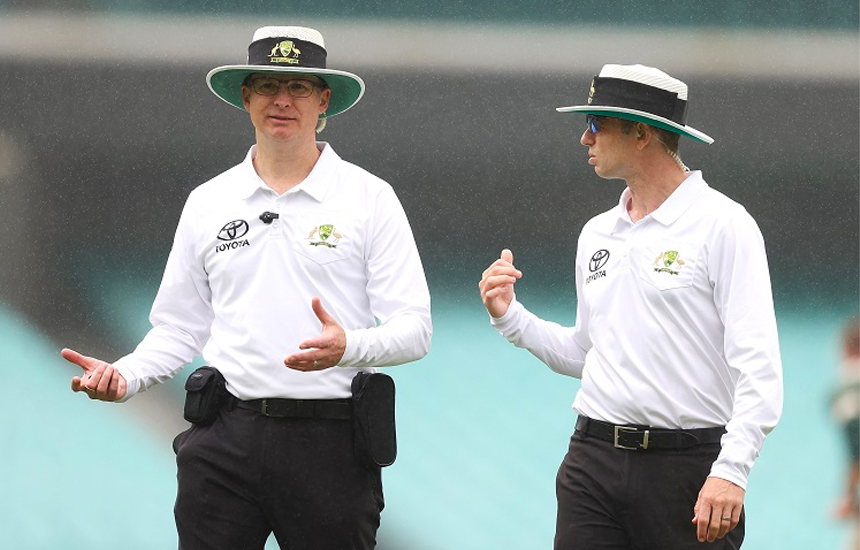 Awarded annually, the CA Umpire Award is presented to an International Cricket Council (ICC) Elite Panel or National Panel Umpire adjudged all-round most outstanding, with consideration not only to an umpire’s on-field performance but also their contribution to elite umpiring in Australia by way of significant achievement or off-field work.

It has been a successful season for Gillespie both at the domestic and international levels. Gillespie stood in the Australia v India Women’s International series, where he was required to submit to a quarantine period to allow his participation. Gillespie performed well throughout the series which included a Women’s Test Match debut.

The Victorian umpired in all men’s domestic competitions, where his strong performances earned him on-field appointments to both the KFC BBL|11 Final between the Perth Scorchers and Sydney Sixers and Marsh One-Day Cup Final between Western Australia and New South Wales.

Gillespie rounded out his domestic summer with an appointment to the Marsh Sheffield Shield Final between Western Australia and Victoria as Third Umpire.

Off the Field, Gillespie contributes to Australian Umpiring as a member of the CA Umpire Leadership Group, a role appointed by the NUP and Supplementary Umpire Panels (SUP) by ballot. Gillespie is an active and willing supporter of pathway umpires, and in April was appointed to the CA Under 19 Male Championships as a mentor for less experienced umpires.

“When looking at the award criteria – which allocates weighting to both on-field and off-field efforts – Phil’s season included the following:

The award, selected by the Cricket Australia Chairman and Chief Executive Officer, is based on consideration of the following criteria:

This article was originally posted on the MyCricket website.