Farewell and thank you to a Victorian champion 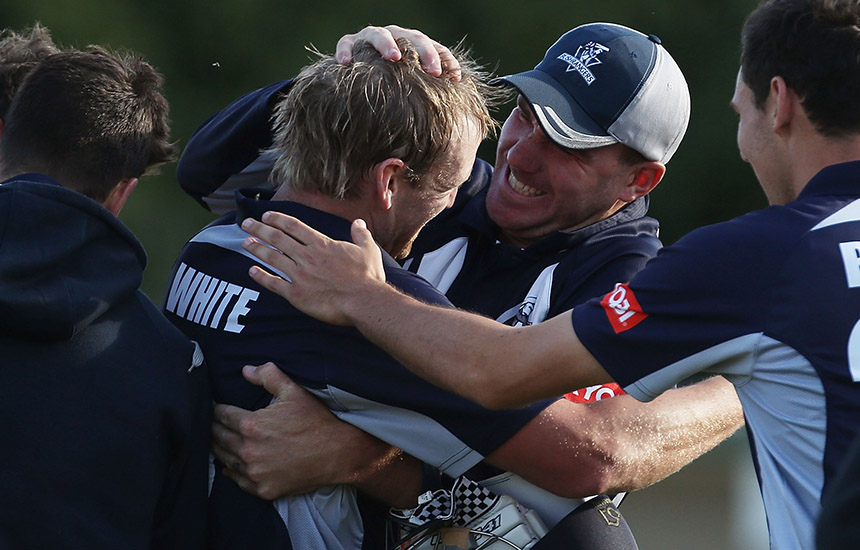 Cricket Victoria has today confirmed that Victorian veteran Cameron White will not be offered a state contract for the upcoming 2019-20 season.

White made his Victorian First-Class debut in March 2001 as an 18-year-old wearing cap number 789. He quickly became one of the state’s brightest talents and was soon appointed as one of the state’s youngest-ever captains in 2004 as a 20-year-old.

White went on to be Victoria’s longest serving and most successful captain, leading Victoria in 77 First-Class and 73 List A matches between 2003-2018.

White was also a part of the successful Victorian Twenty20 sides in 2005-06 and 2007-08 prior to the competition’s evolution into the KFC BBL.

“Cameron has been one of the great success stories in recent decades of Victorian cricket. He was recognised as a talented junior from Bairnsdale and went on to represent Australia at every level. He has been a terrific servant and leader in Victorian cricket over his career,” Graf said.

“It’s a credit to Cameron’s ability, longevity and character that he’s achieved all he has, and the impact that he’s had on the next generation of Victorian cricketers coming through the ranks has been invaluable. He has exceeded all expectations over his cricketing journey and we thank him for everything he’s achieved in his playing career for the Big V.”

“The list management decision-making process has not been an easy one. Naturally we’ve looked at the depth in our squad, the talented youth emerging and the international availability of our senior players next season. As a result, we’ve had to make a very hard decision on Cameron’s playing tenure with Victoria.”

“Cameron has had an outstanding career with Victoria and I know he is immensely proud of what he’s done here over the years. It’s not often that you can say a player is truly part of the fabric of the Victorian Cricket Team, and Cameron has been that for nearly two decades which is a tremendous feat.”

“On behalf of everyone in Victorian Cricket, I’d like to congratulate Cameron on everything he has achieved in both Australian and Victorian cricket and we wish he and his family well for the future.”

“He has been a fan favourite and a proud Victorian and Cameron will always be welcome at Cricket Victoria.”