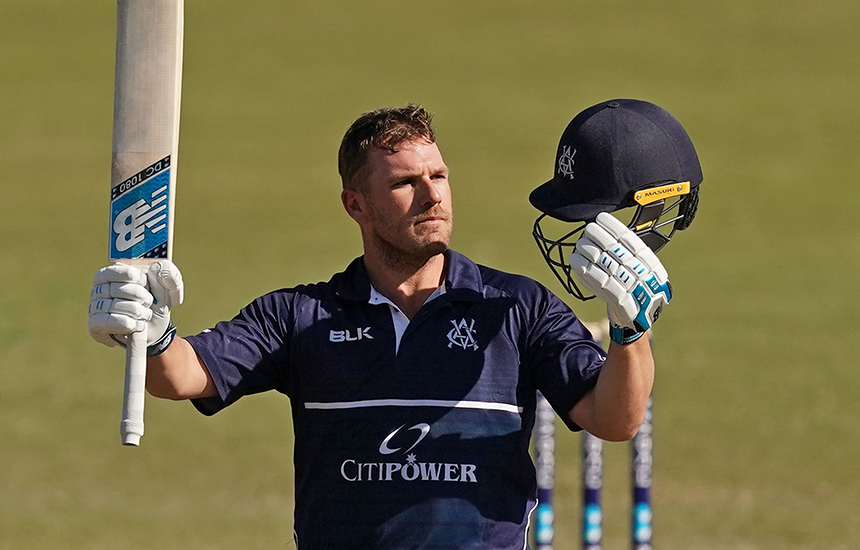 Aaron Finch has blasted Victoria's highest ever one-day domestic score in a nine-wicket win over Queensland at the CitiPower Centre.

After losing the toss and again being asked to bowl first, Victoria were unable to prevent Usman Khawaja reaching his second century in as many games. Queensland compiling 6-304 from its 50 overs on the back of Khawaja’s 112.

A reshuffled batting order did the trick for the Vics, with Sam Harper (44) and Finch putting on a 136-run opening stand for the home side to lay the platform for the successful run chase.

Finch was at his brutal best, hammering 14 sixes (second-most ever in a one-day domestic innings) and 11 boundaries to finish 188 not out from just 151 deliveries as Victoria cruised to victory with 34 balls to spare.

Marcus Harris also spent valuable time in the middle partnering Finch for a 169-run stand for the second wicket. The left-hander finished 61 not out in a timely return to form.

Victoria’s next assignment will be the Marsh Sheffield Shield opener against South Australia at the CitiPower Centre, starting Thursday 10 October.