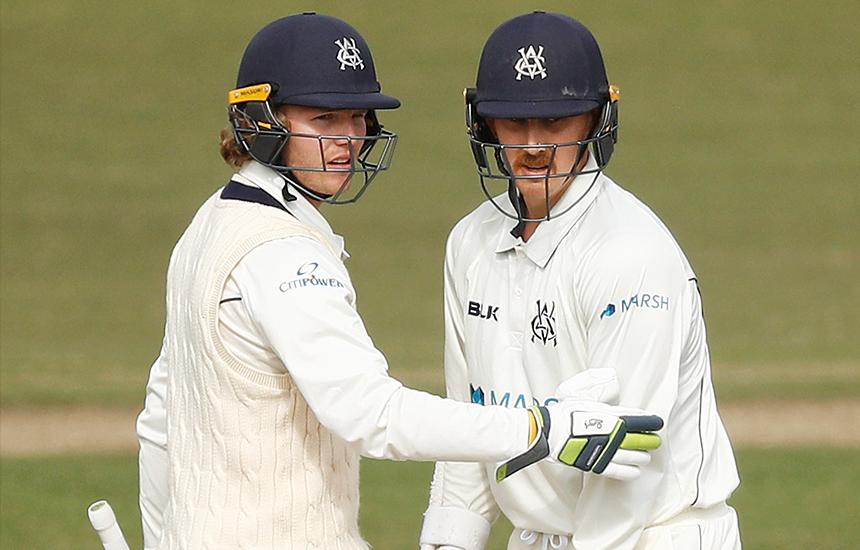 Will Pucovski and Nic Maddinson have been named in Victoria’s extended Marsh Sheffield Shield squad to face New South Wales at the MCG on Friday.

Both players have received medical clearance to return to state cricket after a period of leave to treat mental health and wellbeing.

James Pattinson has been named, subject to being released from the Australian Test Squad, to play in the upcoming fixture while Marcus Harris also returns having missed the last Shield match with Australia A duties.

“We are looking forward to having Nic and Will back playing for Victoria after receiving clearance from our medical staff. We’ll continue to support all our players through their return to play.”

Cricket Victoria Chairman of Selectors Andrew Lynch said the side was looking forward to Friday’s start.

“To bring Marcus Harris, Nic Maddinson, Will Pucovski and potentially James Pattinson back into the squad is really positive as we move into the final two Shield matches before the break. We’re now looking to get some results on the board to put ourselves in a better position for the second half of the season,” Lynch said.

Recent debutant Jake Fraser-McGurk (Under 19 National Championships) and Eamonn Vines have been omitted.

Victoria will be looking to register its first win of the Marsh Sheffield Shield competition, having played out a draw and three losses from the initial four rounds.

The match beginning Friday will be live streamed on cricket.com.au.