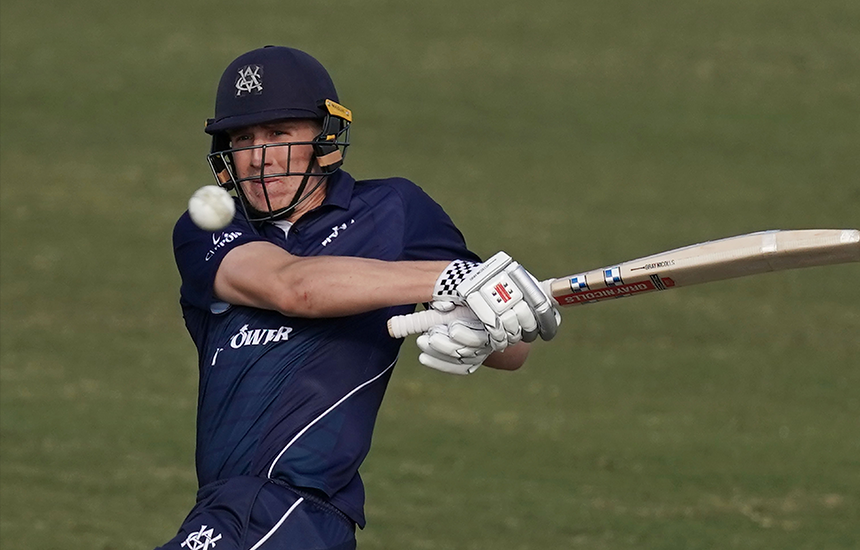 Queensland has outclassed Victoria at the CitiPower Centre in the first of two Marsh One-Day Cup clashes between the two sides.

After winning the toss and electing to bat first, Khawaja and his opening partner Sam Heazlett put on a mammoth 185-run opening stand to put Victoria on the back foot.

The home side recovered to an extent taking 6-38 at the end of Queensland’s innings to keep the visitors to 9-322, when a much larger total seemed likely. Khawaja was the star, compiling 138 while Heazlett played well for his 88.

In response the Vics never really got going in the run chase, the top order falling in a heap to be 5-37. Aaron Finch and Will Sutherland put together a team-high partnership of 55 for the sixth wicket, but the Bulls eventually wrapped up Victoria’s innings at 168.

Sutherland’s performance was again the highlight for the home side as the 19-year-old compiled his second consecutive List A half-century. He was the last man, finishing with 66 to his name.

Victoria will look to bounce back against Queensland on Tuesday when they meet again at the CitiPower Centre. The match will begin at 10am AEST.

The full Victoria vs Queensland scorecard is available here.