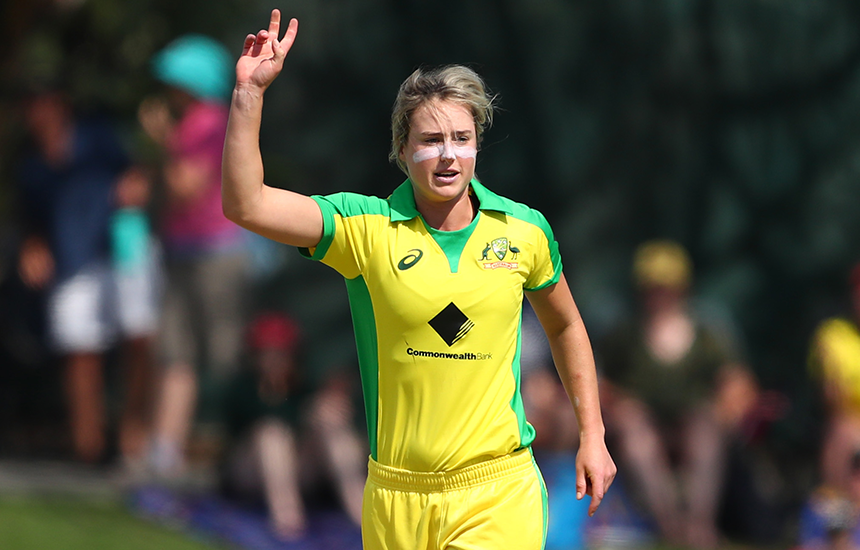 Victorian players Ellyse Perry and Meg Lanning have been recognised for their outstanding individual performances in 2019 at the ICC's annual awards.

Perry has had a stellar year across formats, with three hundreds, including one in the Women’s Ashes Test. She averaged 73.50 from 12 ODIs this year, where she also took 21 wickets, including a national record 7-22. She became the first player to complete 1,000 runs and 100 wickets in T20I cricket.

“It’s an amazing honour and I’m a little bit shocked, given how many amazing performances there have been across the year,” said Perry, who has won the Rachael Heyhoe-Flint Award for the second time in three years – the first as the inaugural winner in 2017.

“It’s amazing to be acknowledged and I do truly appreciate it. It’s a really nice way to finish the year on a personal note.”

Perry said she was looking forward to the ICC Women’s T20 World Cup being hosted in Australia in late February.

“It’s so exciting that the T20 World Cup is here at home early next year and with the target of the final at the MCG it could be a really special moment in the game’s history.”

Meg Lanning was also selected in and named captain of the ICC Women’s ODI and T20I teams.

The classy right-hander scored 477 ODI runs at an average of 53, along with 265 T20I runs from seven innings highlighted by an unbeaten 133 against England – the highest score in womens T20Is at the time.

Both teams and the annual women’s individual awards sides were been selected by the voting academy, which took into consideration player performances throughout the 2019 calendar year.

ICC Women’s ODI Team of the Year (in batting order):

ICC Women’s T20I Team of the Year (in batting order):