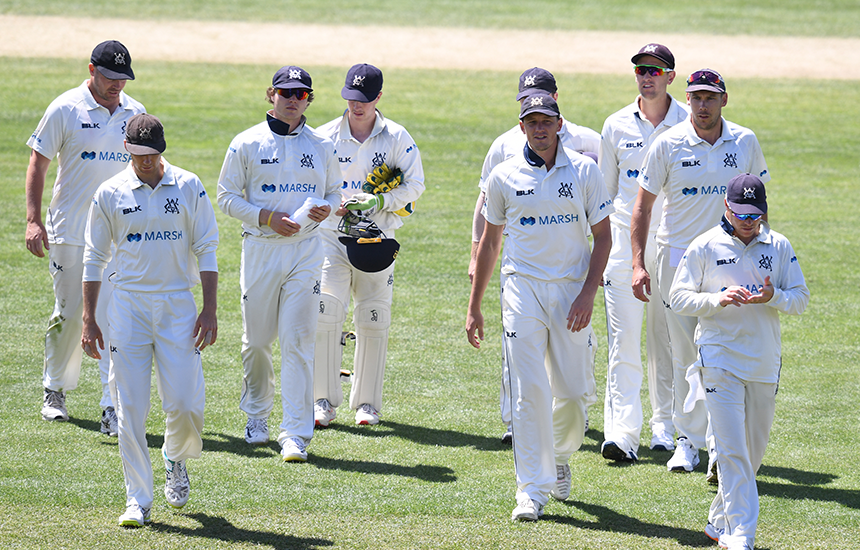 Tasmania completed a six-wicket win over Victoria in Hobart on Sunday.

After losing the toss and being asked to bat first, the Victorian batsman struggled to deny the Tasmanian bowling attack, at one stage falling to 8-66.

A defiant innings from Nic Maddinson eventually dragged the visitors to 127 all out, Maddinson out for 69 which included five boundaries and six sixes.

Tasmania had wobbles of their own, falling to 3-31 in reply, but made their way to 226 all out, a lead of 99 valuable runs. Chris Tremain claiming 4-45 in an impressive performance.

Victoria appeared to give a better account of themselves in the second innings with a 90-run partnership between Peter Handscomb and Marcus Harris, but when both players departed in quick succession it appeared unlikely that the visitors would build up a big enough lead to prove a challenge.

Despite a couple of early wickets in their second innings, the Tigers eventually ran down the 139 required with the loss of just four wickets.

Victoria’s next match will be against Queensland at the MCG starting on November 12.

The full Tasmania vs Victoria scorecard is available here.