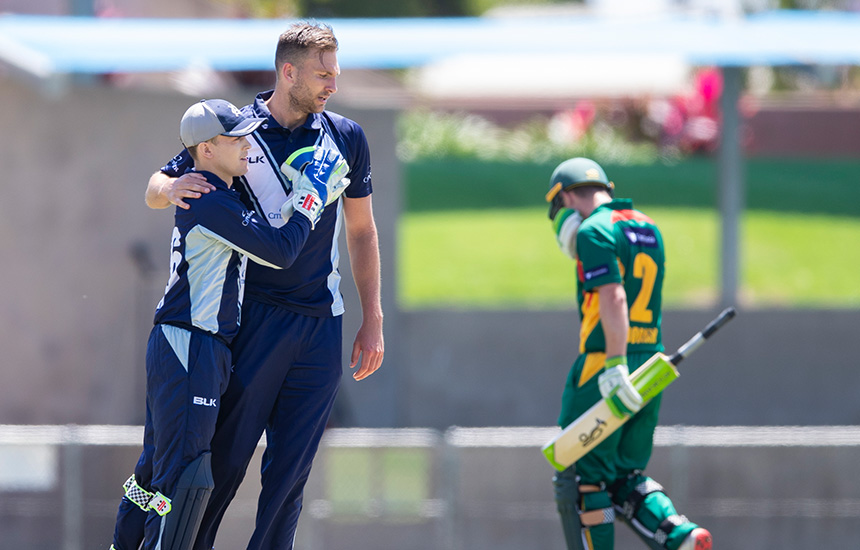 Victoria's all-star batting line-up proved no match for the big-hitting of Matthew Wade as Tasmania opened their JLT One-Day Cup campaign with an impressive 65-run win in Townsville.

Part of this story originally appeared on cricket.com.au

The Tigers reached an imposing 8-321 on the back of a record breaking six-laden century from Wade.

It was Victoria’s young bowlers who stood up and limited Tasmania’s eventual total, with Jackson Coleman, Will Sutherland and Tom O’Connell all claiming two wickets.

With the bat, Victoria’s top-order all got starts but only Marcus Harris (69 from 73 balls) made a significant contribution.

Peter Handscomb was out for 22 after scoring a duck to open the season, while Glenn Maxwell made 21 after top-scoring with 80 in Victoria’s opening victory on Sunday.

Victoria lost wickets at regular intervals after Harris departed with the score at 3-141, and Victoria were eventually bowled out for 256 off 47.2 overs.