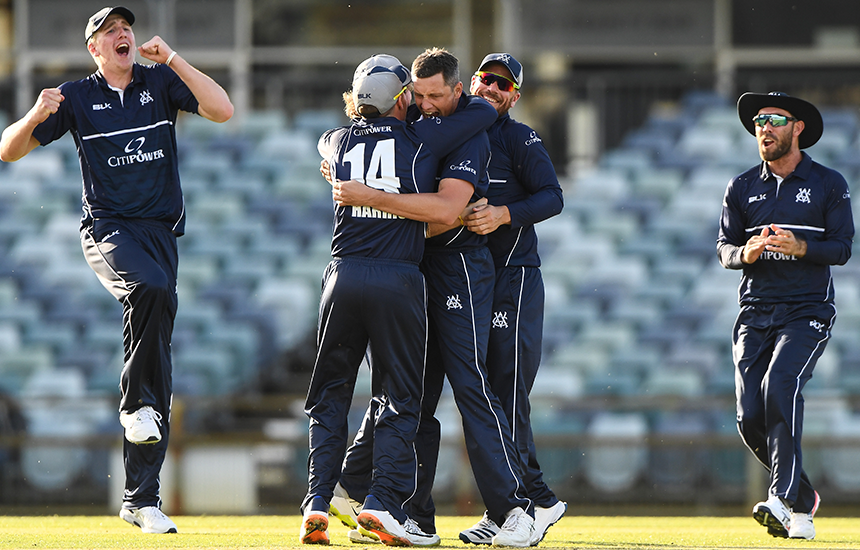 Victoria has pulled of an amazing one-run win against Tasmania at the WACA Ground in Perth.

After winning the toss and electing to bat first, Victoria crumbled to 5-64 midway through its innings. But a rear-guard action from teenager Will Surtherland (53) with the tail order pushed the total to 185. Sutherland scoring his maiden List A half century in the process.

Tasmania were cruising in their chase at 3-134, but a final burst from the Victorian quicks sparked a huge collapse. The Tigers lost 6-12 to be bowled out for 184, one run shy of tying the scores.

Chris Tremain (4-36) and Jackson Coleman (4-46) did the damage, with Sutherland also claiming a couple of wickets to finish with 2-43 and Player of the Match honours.

Victoria’s next game is against Queensland at the CitiPower Centre on Sunday.