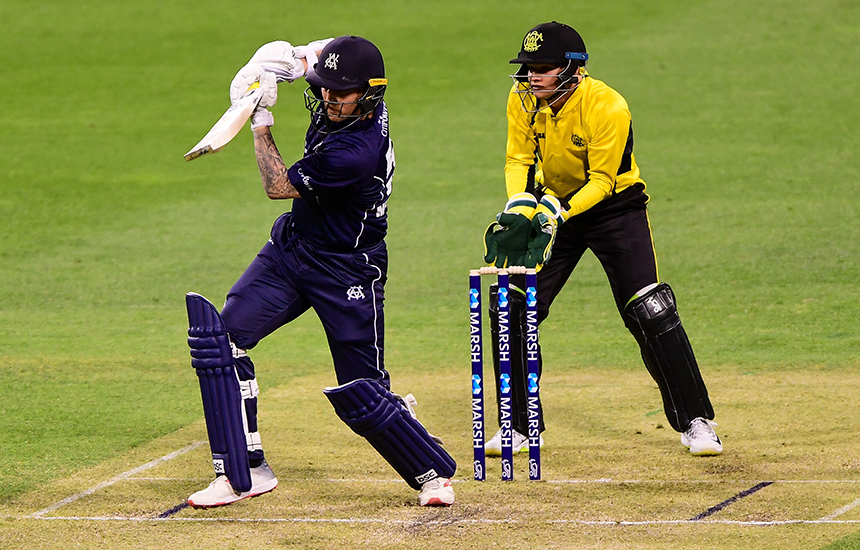 Victoria has suffered a heavy defeat in its opening Marsh One-Day Cup game of the 2019-20 season.

Western Australia won the toss and elected to bat first, with Josh Philippe (61), Cameron Bancroft (78) and captain Ashton Turner (52) getting the home side off to a flying start, before Marcus Stoinis was left to explode in the final overs.

Stoinis peppered the WACA boundaries and brought up a staggering century off the final ball of the innings to finish 101* from just 58 deliveries to propel the hosts to an imposing 8-386.

Aaron Finch had Victoria on track early in the chase with a quick-fire 33, but the loss of top order wickets set the visitors a tough task. A 94-run stand between Glenn Maxwell (51) and Nic Maddinson (87) briefly threatened to take the game deep, but the WA bowling attack stayed on top to wrap up a 125-run win. Victoria bowled out for 261 in the 40th over.

Victoria will return to the WACA on Monday to face Tasmania, starting at 12.00pm AEST.

The full scorecard from Western Australia vs Victoria is available here.