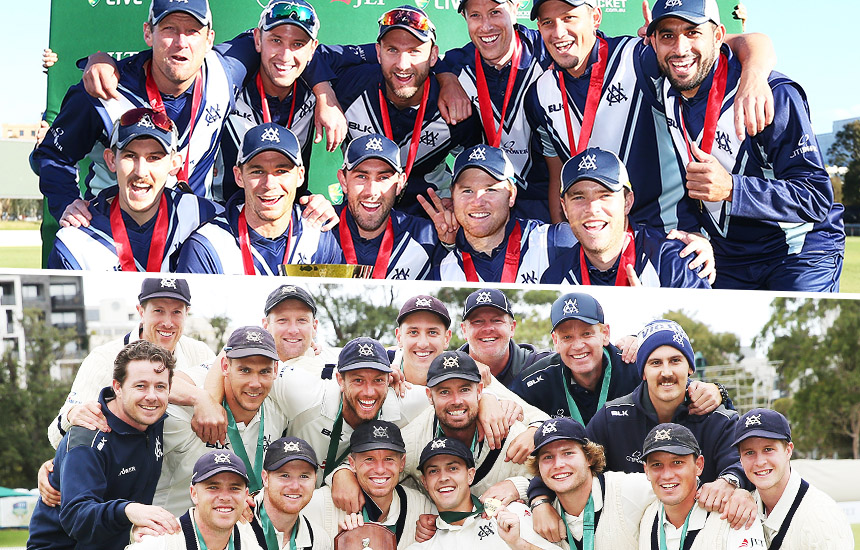 Cricket Victoria has announced its Victorian men’s contract list for the upcoming 2019-20 season.

Nic Maddinson and Andrew Fekete have been offered full contracts, as has Essendon batsman Aaron Ayre who will return to the squad for the first time since the 2016-17 season. Fast bowler Zak Evans has been upgraded to a full contract from his rookie status in 2018-19.

Ayre had an excellent season in Premier Cricket for Essendon, amassing 1057 runs at an average of 58.7.

On the rookie list, Sam Elliott – son of former Victorian great Matthew Elliott – is a right-arm quick and spent time in the nets with the Sheffield Shield squad late last season.

He is joined among the rookies by right-handed batsman Jake Fraser-McGurk who made his Toyota Futures League debut last November.

Victoria enters the new domestic season as defending champions of both the JLT One-Day Cup and JLT Sheffield Shield.

“Our results last season were outstanding and we saw the year as a real step forward in the evolution of the squad. We gave some younger guys opportunities, which they took, and we’ll be looking to build on that this season,” Graf said.

“Nic Maddinson was one of the great stories from last season as was the performance of Andrew Fekete at key times and they both bring great experience to the list. We’re also looking forward to watching the next stage of development in our younger players like Will Sutherland, Mackenzie Harvey and Tom O’Connell, who alongside Will Pucovski are developing strongly.”

“Overall, we are very well placed to meet the demands of the many state and national commitments that will arise over the season,” Graf said.

Wes Agar, Sam Grimwade and Cameron White were not offered contracts for next season.