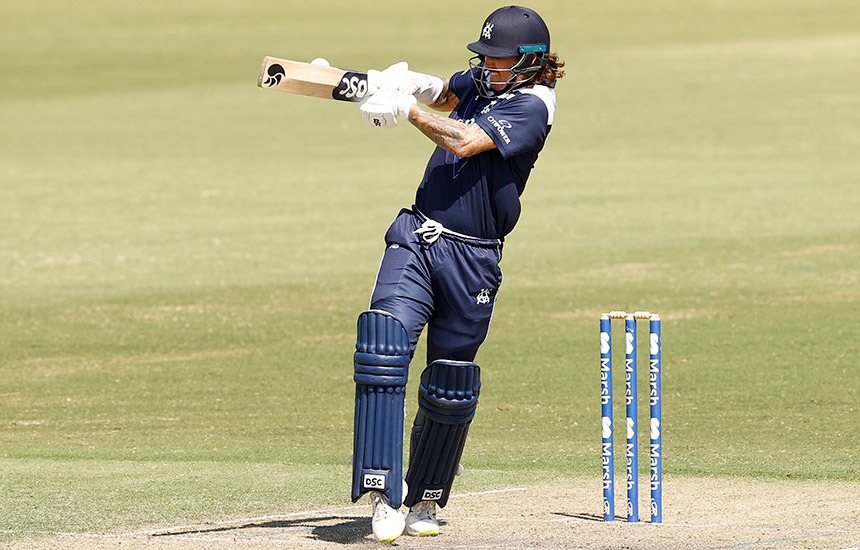 Star batter Aaron Finch headlines the inclusions, with the Australian white-ball captain set to play his first one-day match for Victoria since November 2019. Finch will lead Australia in a tour of Pakistan, including three ODIs and a T20I, starting later this month.

McClure, a 20-year-old Victorian rookie, will make his state debut if named in the final XI.

“To have Aaron in the same line-up as Glenn Maxwell, Peter Handscomb and Nic Maddinson gives our batting group tremendous experience and complements a team featuring some really talented, emerging Victorian cricketers.

“Cameron McClure is one of those emerging players and deserves an opportunity to play for Victoria.

“Cameron’s a tall, athletic fast bowler who has shown great development this season and performed well in Premier Cricket and 2nd XI games. We’ve got high hopes for him and are confident he will step up to the challenge if named in the final XI.”

All-rounder Matt Short remains unavailable due to a side injury, while fast bowler James Pattinson has been managed with a view to Victoria’s next one-day match on Tuesday given the short turnaround between matches.

Victoria sits fifth on the Marsh One-Day Cup table and second on the Marsh Sheffield Shield table with two matches remaining in each tournament, against Tasmania and Western Australia.