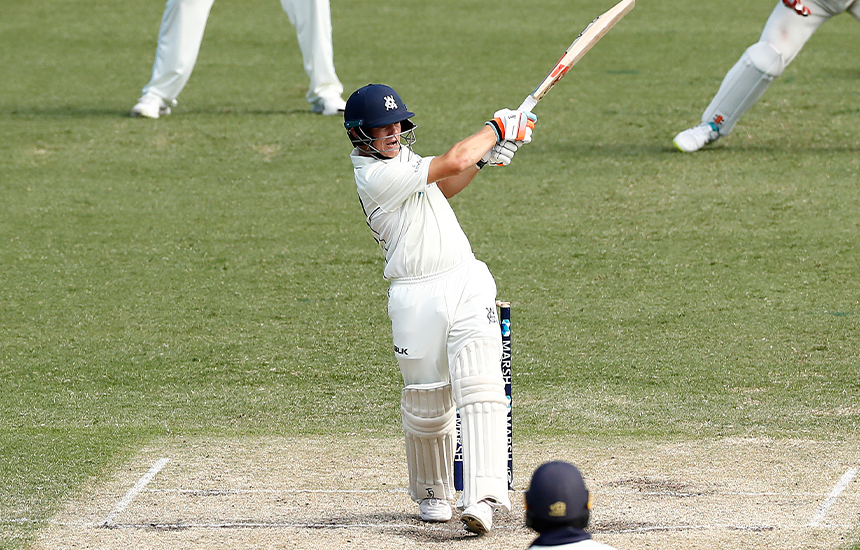 One of Victorian cricket’s brightest young talents, Jake Fraser-McGurk has started 2022 in style, scoring a century in both innings in the Toyota Second XI.

Fresh off another stint in the KFC Big Bash League for the Melbourne Renegades, Fraser-McGurk has made the switch back to the longest form of the game with ease.

“It was good to get out there and spend some time in the middle and get a score,” he said after Day 1.

Led by Fraser-McGurk, Victoria declared leaving ACT/NSW Country 357 to win in the final innings in Albury.

Fraser-McGurk is on the edge of breaking into Victoria’s Sheffield Shield side and will be ready when the opportunity arises.

“I’m just waiting for an opportunity and when I get it, hopefully I take it.

“It’s pretty hard when you’ve got a full-strength Shield side, they’re roaring pretty well and are on top of the ladder at the moment.”

Fraser-McGurk said it was a challenge to play a variety of formats in such a short space of time but is relishing the chance to tackle the challenge head on.

“The only thing that is different is the mental side, giving yourself a lot more time [at the crease].

“It can be a challenge going in and out of formats but that’s what the modern player has to do, the better you can do hat the more successful you will be.”

Victoria’s hottest young prospects have banded together in the Second XI, and Fraser-McGurk has loved being a part of the team environment.

“I take it game by game and just try to play a team role, if I play that role well, it hopefully means both team and individual success.”