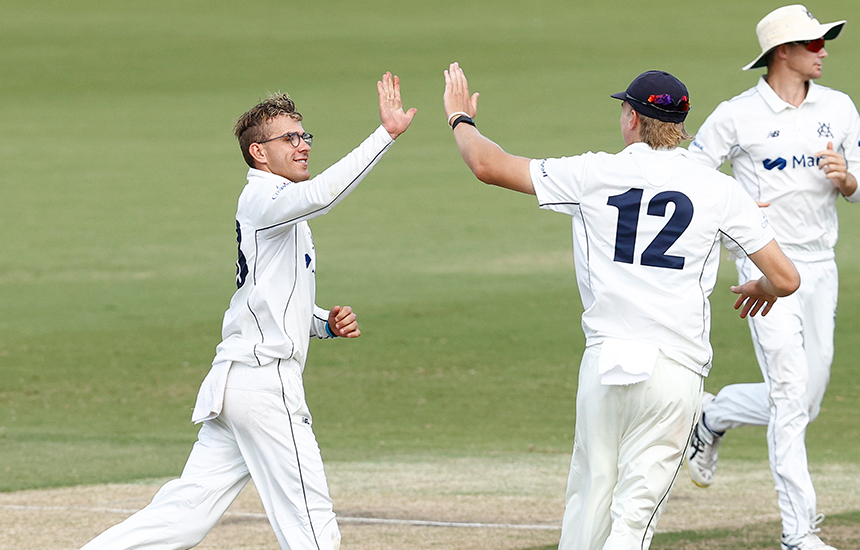 Victorian spinner Todd Murphy has been selected in the Australia A squad to tour Sri Lanka in June after just two Sheffield Shield matches.

The Sri Lankan tour marks the first Australia A squad to travel overseas since the onset of COVID-19. The A side will play two one-day matches and two four-day matches.

Murphy’s rise comes after a Sheffield Shield match-winning performance against Tasmania at the CitiPower Centre in March.

The 21-year-old claimed match figures of 7-146 and also contributed to a 47 run ninth-wicket stand with Mitch Perry to steer the Vics to a memorable win.

Murphy made his Sheffield Shield debut the previous season against South Australia and has equally impressed with the white ball in seven List A appearances.

There were five Victorians named in the Australia A squad; Peter Handscomb, Marcus Harris, Scott Boland and Nic Maddinson were named alongside Murphy. Boland will use the Australia A component to prepare for the Test series.

FIVE Vics in the Australia A squad to tour Sri Lanka!

Scott Boland will prepare for the Test series with Australia A, while Todd Murphy has been picked in his first national squad! 💪#vicsdoitbetter pic.twitter.com/zxxc4AR8tF

All four A matches will be played before the Test series begins, meaning players will have the chance to push their case for inclusion for Australia’s first Test tour of Sri Lanka in six years.