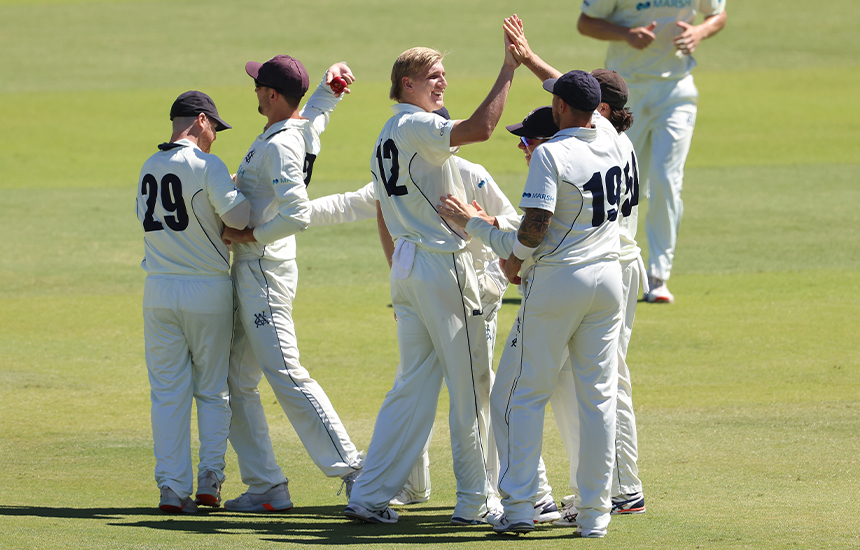 Victoria has confirmed a 13-player squad for their opening match of the Marsh Sheffield Shield season.

The Victorians depart Melbourne on Sunday ahead of their Marsh Sheffield Shield season opener at Drummoyne Oval from October 27-30.

James Pattinson, Will Pucovski and Seb Gotch will not play in Sydney with the trio recovering from injuries.

21 year-old Sam Elliott could be in line for a debut after making his Marsh One Day Cup debut against South Australia in April earlier this year.

Newly contracted batter James Seymour has been included in the squad after a strong pre-season.

“It has been a long pre-season and we’ve been able to get a number of practice matches into the squad now to have a look at how everyone is travelling,” Victorian Chairman of Selectors Andrew Lynch said.

“From a batting perspective James Seymour and Jono Merlo have both impressed us in their preparation and deserve the opportunities that may come their way.”

“From a bowling perspective it’s great to include Sam Elliott in the travelling squad and we’re looking forward to seeing he, Wil Parker and all our bowling unit progress over the course of this season.”