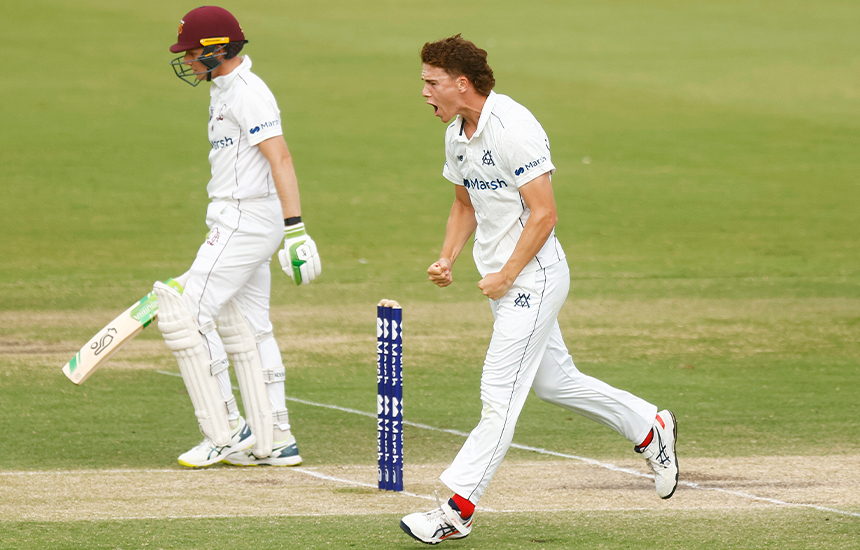 Victoria has named their Marsh Sheffield Shield and Toyota Second XI squads for matches on Monday and Tuesday.

Cameron McClure has been named in the Victorian Sheffield Shield squad for the first time, while James Seymour, Jake Fraser-McGurk and Henry Thornton have been recalled to the squad.

Matt Short is still recovering from a side strain while Marcus Harris and Scott Boland are in Pakistan with the Australian Test squad.

It would be a Sheffield Shield debut for Cameron McClure and Henry Thornton, if selected in the final XI.

“It was fantastic to see both Cameron McClure and Henry Thornton perform strongly in recent Marsh Cup matches and I have no doubt they’d take their chance if selected next week.

“We’re pleased to be able to welcome James Seymour and Jake Fraser-McGurk back to the squad after scores for the Victorian Second XI. Jake has been knocking on the door for a while, so it’s pleasing to welcome him back to this squad.”

After making a return to Victorian Premier Cricket last weekend, Will Pucovski will line up for the Victorian Second XI at Footscray.

Pucovski remains under active medical management by Cricket Victoria and Cricket Australia doctors but has been cleared to return for club side Melbourne as well as for the Victorian Second XI. No timeline has been set for a return to the senior squad.

Mackenzie Harvey will again lead the side with Cameron White as Head Coach.

Great to see Puc back on the park!

Pucovski has been cleared to return for club side Melbourne as well as for the Victorian Second XI after working with Cricket Victoria and Cricket Australia doctors. No timeline has currently been set for a return to the senior squad. pic.twitter.com/oRNLG0LWRu