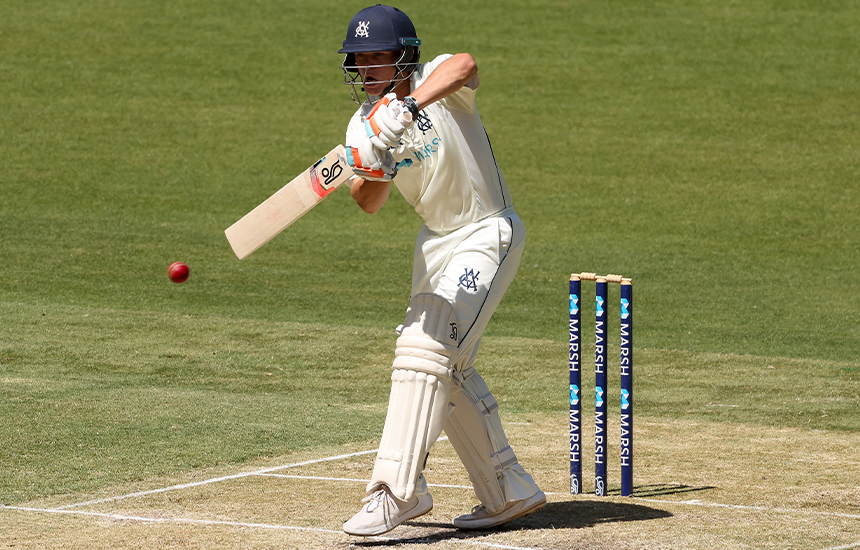 Victorian cricket is in safe hands as some of the states brightest youngsters shone on the way to a 46-run victory against ACT/NSW Country in the Second XI match.

James Seymour and Tom Rogers, who both had a taste of Big Bash League action this summer, opened the batting after the Vics won the toss and elected to bat first.

Seymour put a high price on his wicket, lasting 146 minutes at the crease for a score of 41, however, the star of the show was youngster Jake Fraser-McGurk.

Fraser-McGurk blasted his way to a score of 100 runs off just 107 balls as he led the way for the Big V.

O’Neill (3/31) struck early with the ball to remove Blake Nikitaras before Nicholas Cutler (68) and Melbourne Stars batter Nick Larkin (77) steadied the ship for ACT/NSW Country and put on a 116-run partnership.

Trailing by 114 runs after the first innings, Samuel Skelly (4/46) wasted no time getting stuck into the Vics by removing Tom Jackson and captain Mackenzie Harvey cheaply.

However, Fraser-McGurk backed up his impressive first-innings knock with another century – this one off just 73 balls including eight sixes.

Fraser-McGurk joined the RSN Breakfast Club to discuss his performance and what he needs to do to press his claims for First XI selection.

“To be able to get 100 in the last Second XI game and then back it up twice in this one, it really calms the nerves,” said the young batter.

Encouraged to “knock the door down” by Shield coach Chris Rogers, Fraser-McGurk spoke about how “runs are currency” and his close relationship with Cameron White, who is coaching of the Victorian Second XI.

“Whitey speaks about staying level throughout an innings, never go too up or too down.”

With an aim to harness Fraser-McGurk’s dynamic batting skills rather than stamp them out of his game, White has encouraged Fraser-McGurk to just take things down a notch when at the crease.

Fraser-McGurk’s slightly more dialled down approach seems to be paying dividends as he has made the transition back into red-ball cricket with ease.

His partnership with Seymour (72) was worth 149 runs as both batsmen worked the ball well around the ground, picking off the bad balls for boundaries.

Set a fourth-innings target of 347 for victory, Nikitaras and Larkin started well for ACT/NSW Country with scores of 63 and 66 respectively.

Fraser-McGurk’s twin tons proved the difference however, as O’Connell (4/70) continued to trap the ACT/NSW Country batters in his web of destruction.

Tailender Ross Pawson made 61 for ACT/NSW Country, but it was ultimately not enough as the Victorian bowlers got the job done in Albury.