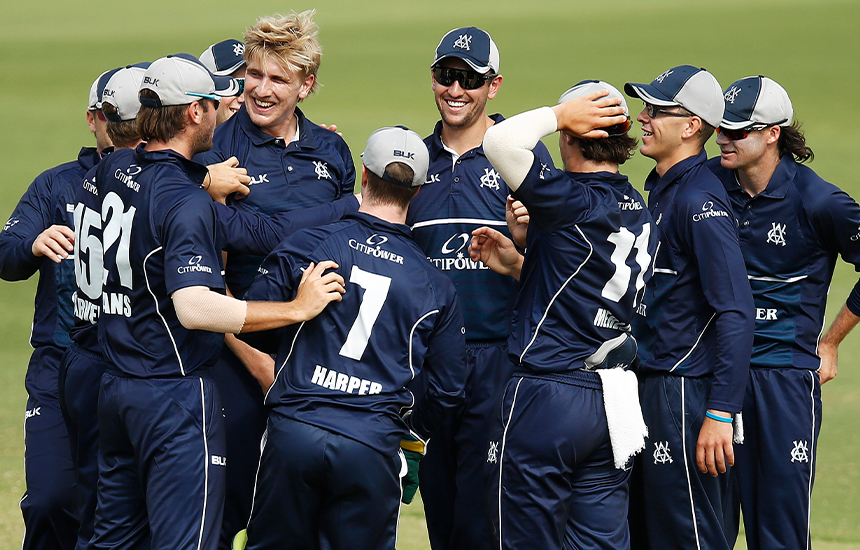 A total of 29 players have been awarded contracts including recent debutant James Seymour and new rookie Fergus O’Neill. Patrick Rowe was not offered a new contract.

“It was a great opportunity last season to get a number of games into those players.  You expect some inconsistency with inexperienced players, but they held their own and this season will be another step forward for them,” Victorian Coach Chris Rogers said.

While in the one-day format Evans, Murphy, Brody Couch (21), Wil Parker (18) and Sam Elliott (21) played their first limited overs game for the state.

“We are on a journey where our State squad is moving through a planned transition period.  The experience our emerging group of players gained this past season will hopefully have them well prepared for the coming season,” Cricket Victoria’s General Manager of Cricket Shaun Graf said.

“To be able to get more games into this young emerging group of talented players has been a huge benefit out of an extremely challenging season.  ‘Buck’ and his coaching group did an excellent job in managing the squad given the many hurdles that confronted cricket and sport in general over the past 12 months.

“We’ll enter the 2021-22 season having some of the most exciting young cricketing talent in the country along with a number of more experienced players looking for early Australian selection opportunities, including Will Pucovski, Marcus Harris, Aaron Finch, Glenn Maxwell, Peter Handscomb and James Pattinson, and that’s an excellent position to be in.”

James Seymour earned his call up to the Victorian squad after scoring 822 runs during the Premier Cricket season at an average of 91, before impressing with a knock of 60 in his Shield debut.

“It’s a credit to him to get this opportunity at 29 years of age.  He may have thought this chance was past him but he’s forced his selection by scoring heavily in Premier Cricket.  It shows there are still opportunities for mature players if they can consistently perform,” Rogers said.

Players will begin returning to training from mid-June.