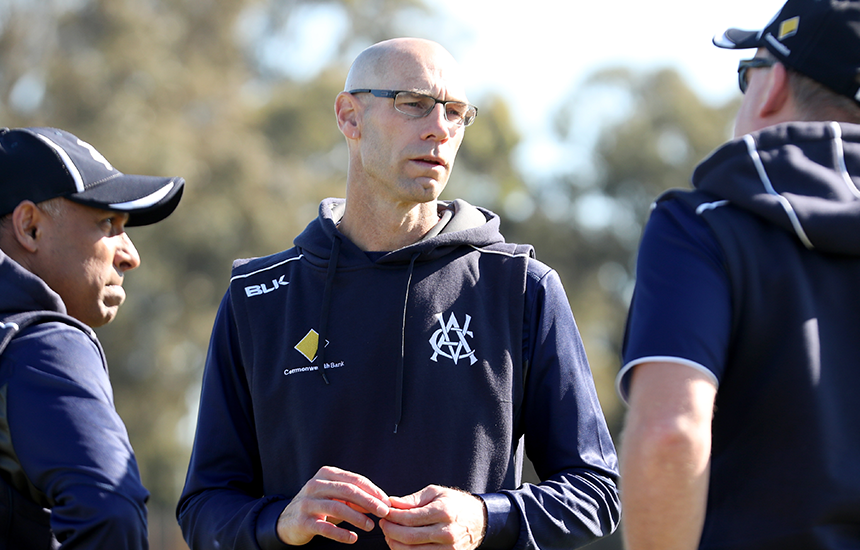 Victorian Women’s Coach David Hemp will leave his role after Cricket Victoria elected not to renew his contract.

Hemp joined Cricket Victoria’s coaching ranks in 2015 after an extensive county career in the UK and representing Bermuda at international level.

The former Glamorgan captain coached Victoria for five seasons, in which several young players debuted for the state and went on to represent Australia.

Cricket Victoria’s General Manager – Cricket Shaun Graf said, “while our domestic results in WNCL haven’t quite come together, throughout David’s time he continued to successfully identify and develop younger players in our system,” Graf said.

“To see players like Molly Strano, Sophie Molineux, Georgia Wareham, Tayla Vlaeminck and Annabel Sutherland involved in the winning ICC T20 Women’s World Cup campaign is due in no small part to David’s work with the squad over the last five years. We wish him well for the next phase of his career.”

Hemp said he was grateful for the opportunity to lead Victoria’s elite women’s program.

“Although I’m disappointed to be finishing at Cricket Victoria, I would like to thank the organisation for the opportunity it presented to me five years ago,” he said.

“I’ve worked with some great people. It has provided me with not only fond memories but lifelong learnings for which I will always be grateful.”

Hemp finishes in his role on April 30.

Cricket Victoria will consider prospective candidates and announce a replacement in due course.