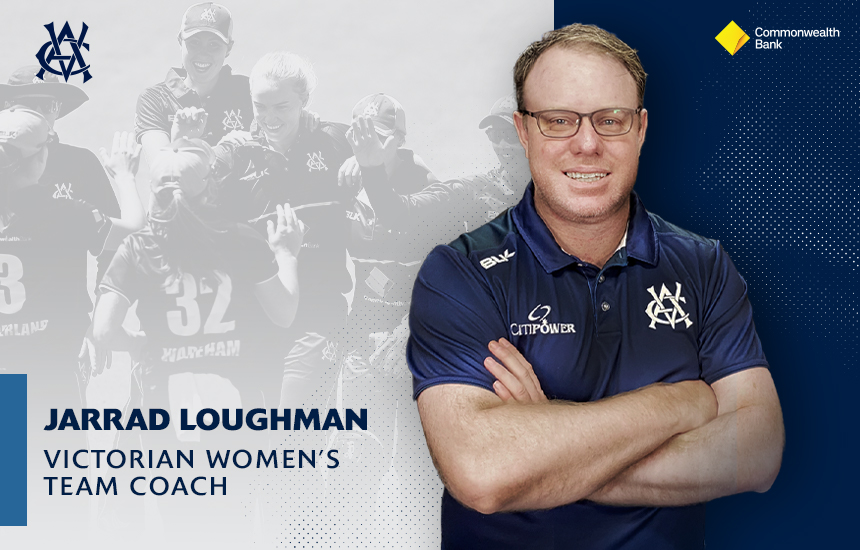 Loughman has spent eight years honing his coaching craft with Cricket Victoria after initially joining the organisation as a Game Development Officer in 2008.

He progressed to become a Regional Cricket Manager, then Coach Education Manager and most recently he has led the male academy and State youth programs.

“With hard work and dedication Jarrad has advanced through our coaching pathway to earn the key role of Head Coach of our Women’s team,” Cricket Victoria’s General Manager of Cricket Shaun Graf said.

“We’re proud of what he has achieved to this point, it’s a great illustration of the opportunities available if you’re prepared to put in the time and hard work, and we look forward to continuing to support his professional coaching journey.”

“We’re fortunate to have some of the best players in the world in our Victorian squad and they’ll be terrific assets not just in-game, but in what they can provide to our younger players off the field to support their development,” he said.

“It’s a fantastic honour to be appointed Victorian coach and I’m humbled by the faith Cricket Victoria has shown in me.

“We’ve got a proud history of producing great female players in this state and I’m looking forward to playing a part in another successful period in our history.”