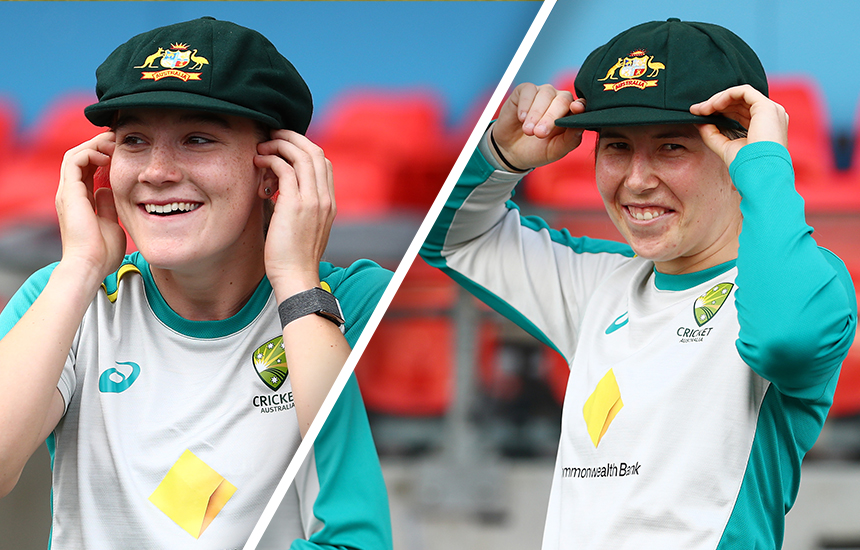 Cricket Victoria congratulates Annabel Sutherland and Georgia Wareham on making their Test debuts today for Australia and Phil Gillespie for making his Test debut as an umpire.

The pair were among four debutantes named by Australia for the Test match commencing today against India on the Gold Coast.

Sutherland, 19, was presented with cap 179 by Victorian and Australian teammate Ellyse Perry.

“We’re extremely proud of Annabel and Georgia and congratulate them on their Test debuts for Australia,” Cricket Victoria CEO, Nick Cummins, said.

“Both are products of the Victorian cricket pathway, having risen through the representative ranks, to the Victorian squad and now our national team. They are fantastic role models for the next generation of boys and girls coming into cricket.”

“We wish them and the team all the best for the next four days and look forward to watching them in action.”

Victorian Premier Cricket umpire Phil Gillespie made his Women’s One Day International debut in November 2014 when Australia played the West Indies at Hurstville Oval. Gillespie has since gone on to stand in 12 Women’s ODIs with a further three officiating as Third Umpire.

On the domestic front, Gillespie has been on CA’s NUP since the 2015/16 season. Last season, Gillespie passed the 50 KFC BBL match milestone to add to his tally of 28 First-Class and 18 List-A matches to his name. Gillespie’s appointment to the Commonwealth Bank Women’ Test Match means that he will join the long list of Australian Test Match umpires.

A proud moment for Umpires Claire Polosak and Phil Gillespie, alongside Match Referee Bob Stratford, who are all officiating their first women's Test match! 👏 #AUSvIND pic.twitter.com/VI82pBhDco