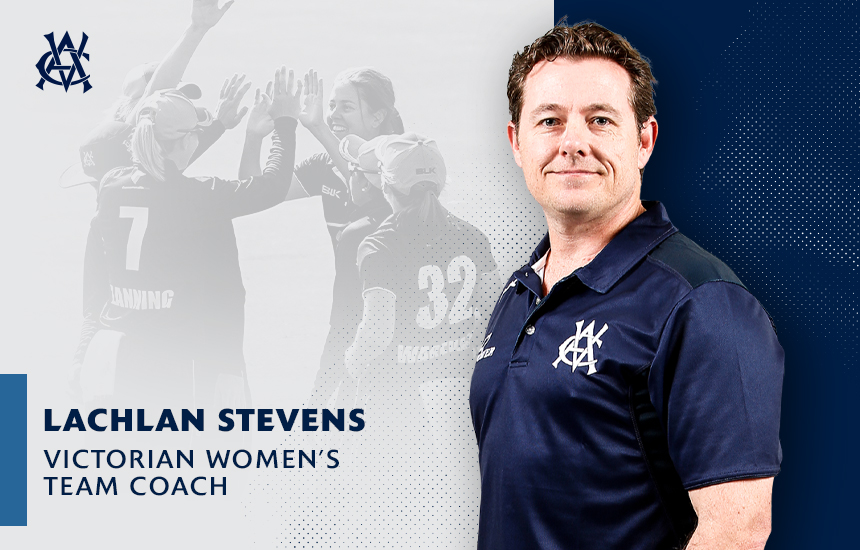 Stevens represented South Australia and Queensland in first-class cricket before embarking on a coaching career that has seen him undertake assistant coaching roles with the Queensland, Western Australian and Victorian men’s teams.

He led the Perth Scorchers to the BBL Final in BBL|01 and was the inaugural WBBL Head Coach at the Renegades before joining the club’s BBL team where he was an Assistant Coach for three seasons.

“It’s a great time to be returning to the women’s game given the growth female cricket has enjoyed in recent seasons,” Stevens said.

“It’s always enjoyable to watch and work with players at all stages of their careers and I’m honoured to be able to work with another Victorian Cricket side. I look forward to watching all of them going about their training and playing.

“I was lucky enough to be a part of the Renegades in the first two seasons of the WBBL and I’m looking forward to catching up with several of those players again in the not too distant future.  I can’t wait to watch the WBBL up close again with all the progress that’s been made in the game over the last three years.”

“Lachlan has been a part of successful coaching programs for more than a decade now,” Graf said.

“He brings excellent technical and tactical nous while also having a player management approach that will continue to develop our program.

“Lachlan’s been an excellent contributor to Victorian Cricket and it’s fantastic that we have the scope within our system to provide a fresh challenge that we know he’s looking forward to taking on.”