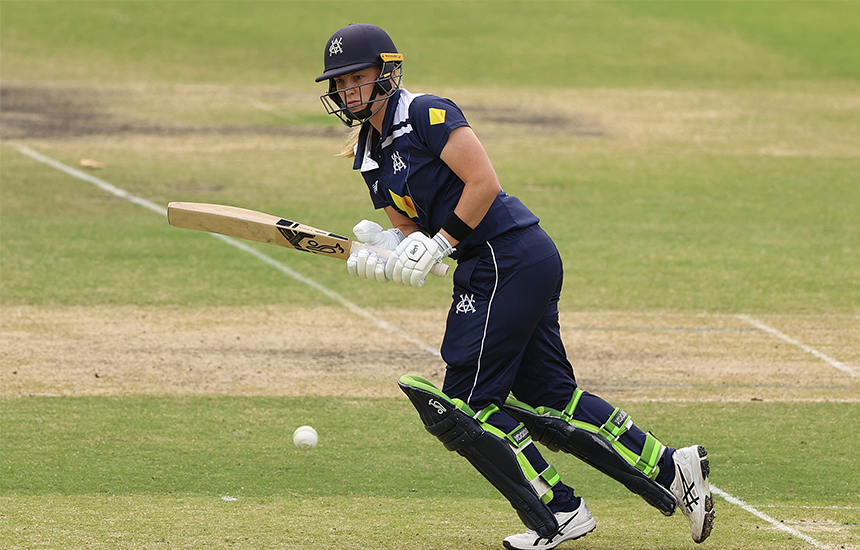 Victoria has named a 13-player squad for its Women’s National Cricket League match against Queensland on Thursday.

The match has been moved to Kippax Oval in Canberra, after originally being fixtured in Sydney.

Victoria has made two changes to its squad from last week’s clash with Tasmania. Makinley Blows returns after missing that game with a knee issue, while emerging Box Hill all-rounder Holly Spencer has been added to the squad for the first time.

“It was really pleasing to see an improved performance from the team against an experienced Tasmanian side, despite not being able to get the result we wanted,” Head Coach, Jarrad Loughman, said.

“We have a number of young players getting an opportunity at the moment, who benefit from every game they play. We’re looking forward to another big challenge against Queensland and continuing to push for that team development and success.

“It’s been exciting to add some new faces to the squad in recent games and Holly Spencer comes in after a strong season in Premier Cricket. She provides an all-round option as a tall, right arm bowler who can contribute with the bat and in the field.”

If selected in the final XI, Spencer, Tiana Atkinson and Lara Shannon will make their Victorian debuts.

Teenage all-rounder Rhys McKenna has been managed but is expected to return for Victoria’s final two matches, while batter Amy Vine will miss the match for her wedding.

The Victorian side is without Meg Lanning, Ellyse Perry and Annabel Sutherland – who are with the Australian squad at the Women’s World Cup in New Zealand – while Sophie Molineux, Tayla Vlaeminck and Georgia Wareham are continuing their recovery from injuries.