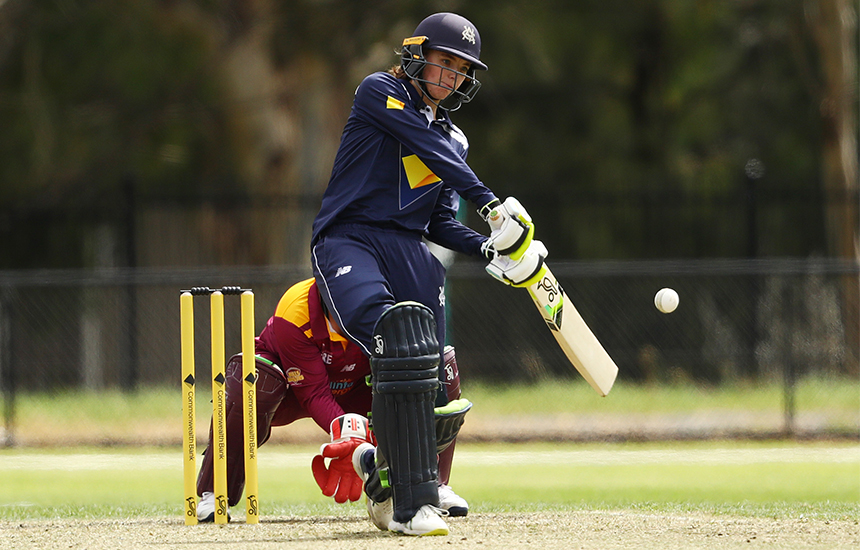 Victoria has named a 13-player squad for tomorrow’s Women’s National Cricket League match against Tasmania at Shepley Oval in Dandenong.

Amy Vine and Rhys McKenna will both return to the squad that defeated Queensland, replacing Holly Spencer and Lara Shannon.

Victoria overcame Queensland last week by 64 runs with Sam Bates named Player of the Match for her spell of 5/29.

“The result in our last match was really pleasing, we were in a difficult spot with the bat and saw Makinley Blows fight hard to allow us to put a score on the board,” Victorian Head Coach Jarrad Loughman said.

“Sam Bates has had an outstanding season with the ball and is currently the leading wicket-taker in the WNCL. We’re also excited to add young Rhys Mckenna back into our attack for this match.”

Victoria has two matches remaining in their WNCL season and will complete their season with a clash against South Australia at the CitiPower Centre on Monday.