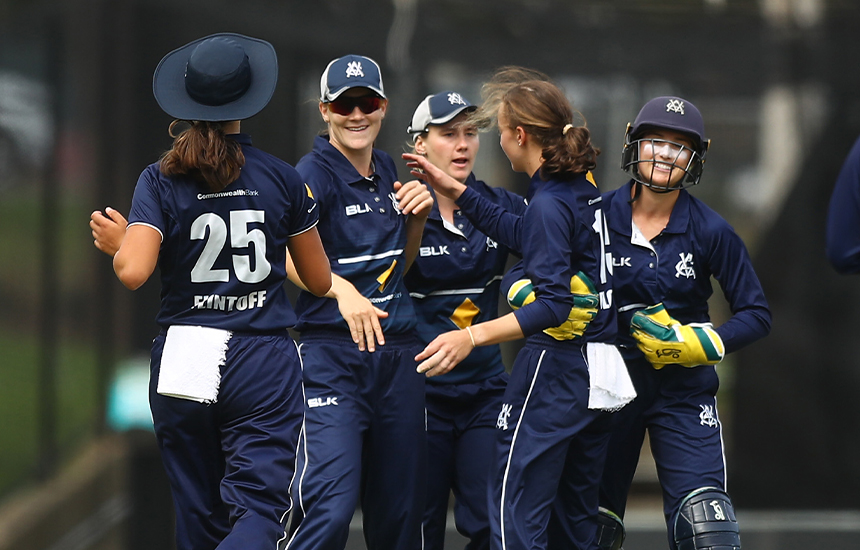 Victoria has named a 13-player squad for the first two WNCL fixtures of the 2021-22 campaign.

The Victorians will face New South Wales in consecutive fixtures at the CitiPower Centre on Friday 17 December and Sunday 19 December.

Ellyse Perry will captain the side with Meg Lanning rested following a busy international schedule and WBBL season.

Spinner Sam Bates, who joined Victoria this season, is in line to make her debut.

In addition to Perry, Australian all-rounder Annabel Sutherland and fast bowler Tayla Vlaeminck have been named in the side.

Head Coach Jarrad Loughman said the squad was prepared for an important campaign.

“Ellyse is really looking forward to leading the side. Meg’s going really well but has come off the back of a big international series in quarantine and then WBBL. As Australian captain she’s got a massive back half of the summer with The Ashes and World Cup coming up and we think it’s in her best interests as well as Victoria’s and Australia’s that she has a break,” Loughman said.

Play starts at 10.00am each match, entry is free for fully vaccinated patrons.