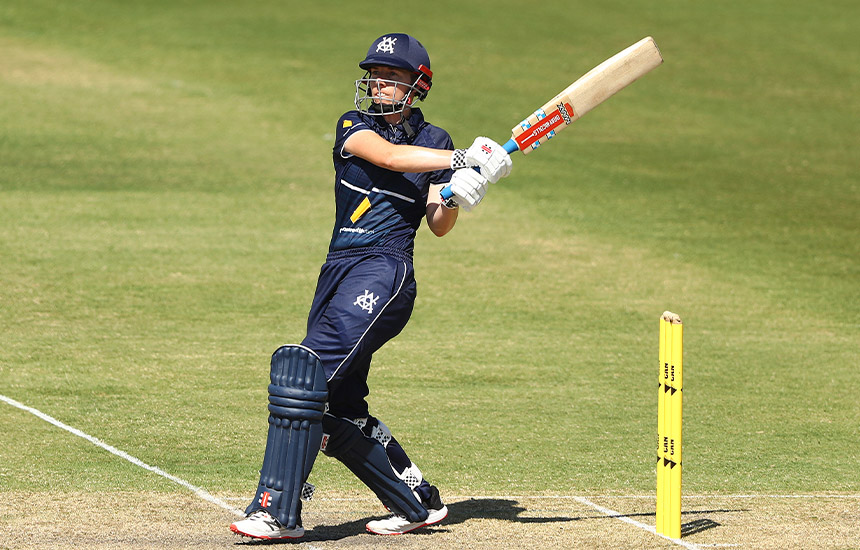 Several new faces will get their first opportunity of the WNCL season when Victoria rounds out its home and away campaign with two matches against Western Australia this week.

Meg Lanning, Sophie Molineux, Ellyse Perry, Georgia Wareham, Molly Strano and Tayla Vlaeminck are in New Zealand for Australia’s T20 and One-Day matches and are unavailable for the remainder of the season.

Annabel Sutherland will also miss the rest of the WNCL season because of a stress reaction in her femur.

Elyse Villani, who has scored three centuries in six matches this season, will captain Victoria in the absence of Lanning.

Ella Hayward, a 17 year old spinner who captured 4-16 during the WBBL with the Melbourne Renegades, is among the inclusions to the squad.