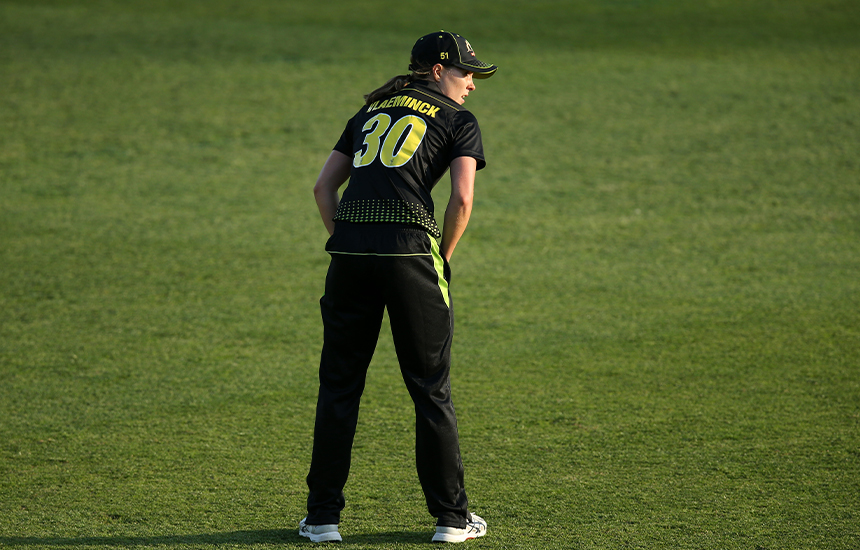 Victorian fast bowler Tayla Vlaeminck has been ruled out of Australia’s series against New Zealand next month after a setback in her recovery from a foot injury.

State teammates Meg Lanning, Ellyse Perry, Sophie Molineux, Molly Strano, Annabel Sutherland and Georgia Wareham were named in the 18-player squad, although Perry’s fitness will be monitored in the lead up to the series as she recovers from a hamstring injury.

“Tayla has had a slight setback in her return from the foot injury she suffered ahead of the T20 World Cup which means she’ll miss this series as well as this season’s rebel WBBL tournament,” National Selector Shawn Flegler said.

“Our initial plans were to get her back for the 50-over World Cup in New Zealand but now that’s been postponed we’ll take a conservative approach with her and give her as much time as she needs to get her body right without the pressure of a timeframe.

“Tayla is your true tear-away quick which we love, but we need to make sure we look after her long-term future. She’s going to be a serious long-term player for Australia.”

The schedule for the Australia and New Zealand series has matches in both New South Wales and Queensland but Cricket Australia will continue to work with relevant authorities given the unfolding COVID situation.