Will Sutherland to make first-class debut for Victoria 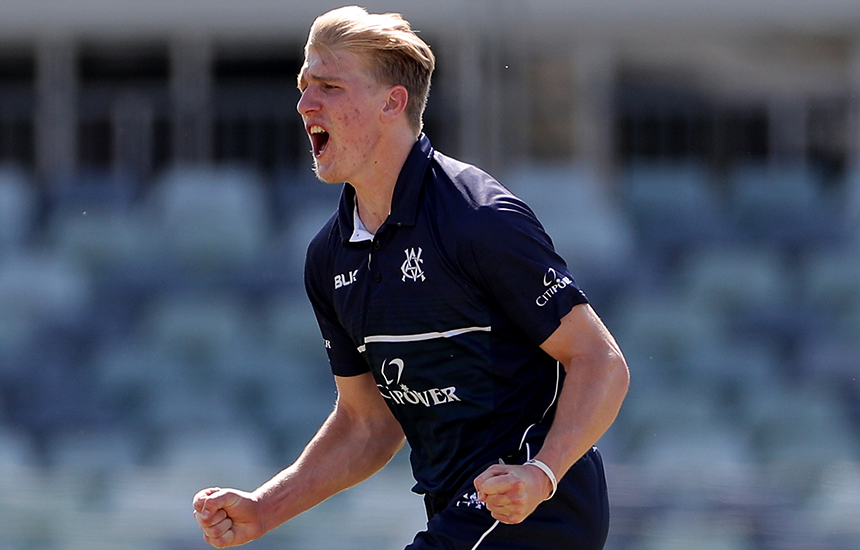 Victoria will blood a second debutant against Queensland at the MCG tomorrow, with young all-rounder Will Sutherland named to make his first-class debut.

The 20-year-old from Prahran Cricket Club is no stranger to Victorian colours, having played 11 List A matches so far in his state career.

“I’m pretty excited about the opportunity. I found out on Thursday after the Second XI game, (Victoria Chairman of Selectors) Andrew Lynch gave me a call,” Sutherland said.

“It’s definitely the pinnacle of state cricket, I’ve played a bit of one-day cricket but Sheffield Shield is something you always look forward to, especially with the recent history Victoria has had winning quite a few titles.

“I’m super excited and can’t wait to get out there with the boys.”

Sutherland has put up impressive numbers with both bat and ball in the Marsh One-Day Cup this season, capturing seven wickets through five games to sit second on Victoria’s wicket-taking list and also compiling his maiden List A half-century in a standout performance against Tasmania.

“Some of the players we’re playing against on Tuesday I’ve played against already in one-day cricket, so you learn a little bit about what they can do and the speed of the game,” he said.

“Shield cricket is obviously a different kettle of fish so I’ll be able to speak to the boys and learn off them and hopefully have a bit of success.”