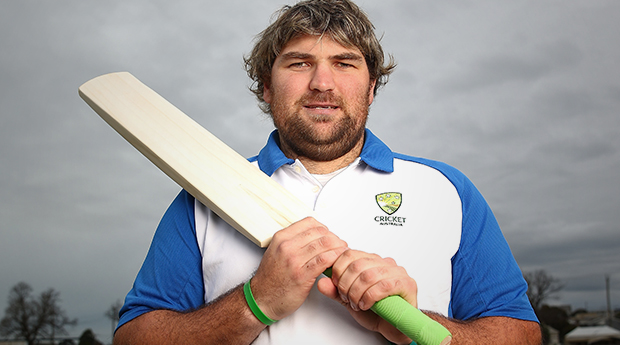 Cricket Australia has selected a 14 player squad for the INAS Tri-Nations Series to be held from July 9 - 23 in Cheshire, England, which includes five Victorians.

Lachlan MacRae, Mitchell Cutter Rabl, Daynah Hopkins and David Alford will be led by fellow Victorian Gavan Hicks, who has been named captain.

The tournament will bring together the best cricketers with an intellectual disability from Australia, England and South Africa.

The historic tour marks the first time an Australian Cricket team for players with any type of disability has travelled abroad since Commonwealth Bank and Cricket Australia announced the country’s single largest investment in women’s sport and diversity sports programs.

The Australian side departs for the UK on July 4, looking to claim back the title it last won in 2009. After bringing home silverware at the first three editions of the event, Australia finished third in 2011 and runner-up in 2015.

At this event, Australia will have two opportunities to claim a title with separate 40 over and Twenty20 tournaments being contested between the three nations.

Head coach John Lonergan believes increased professionalism and a targeted approach over the last two years gives his squad every chance of making up significant ground on defending champions England.

“In 2015 the coaching team identified a large gap between the athleticism and fielding ability of England compared to that of the Australian Squad,” said Lonergan.

“This has been a specific focus right from the start in identifying the initial training squad of 22 players.”

Former Australian Test and ODI cricketer Julien Wiener will also join the coaching support staff on tour as a player mentor having worked closely with several members of the squad at the National Cricket Inclusion Championships in Geelong.

“I’ve been so impressed with how excited and proud these guys are to represent their country and how this has positively reflected in their preparation and willingness to learn and get better,” said Wiener.

“This is a squad with a strong team first ethic who are always looking for ways to support their teammates.”

Australia will open their campaign on 11 July against England in a 40 over match.