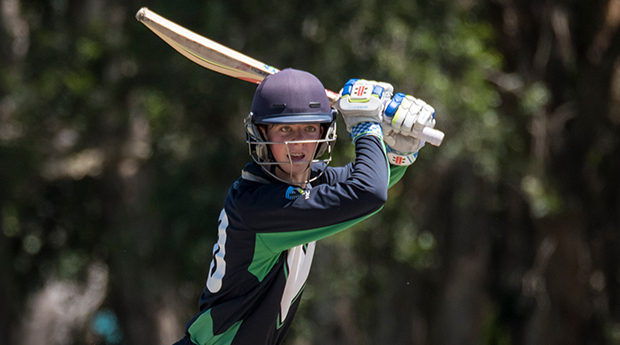 Six of Victoria's best young talent have been selected as part of a twenty-four strong squad to attend the 2018 Cricket Australia (CA) Pathways Rookie Camp.

The camp, for players aged 14 to 17, will run from 14-18 January at the Bupa National Cricket Centre in Brisbane.

This will be the third edition of the camp, which was first run in 2016, and designed to give the country’s rising stars an early insight into life as a professional cricketer.

The squad for the camp was selected from the wider 53-player Pathways Rookie Squad announced in early September, following the Under 17 National Championships played in Queensland in September and October.

Among this year’s Pathways Rookie Squad invitees are nine members of the Cricket Australia XI squad which will compete at the Under 19 National Championships in Tasmania, commencing on December 4, including Victorian duo Mackenzie Harvey and Patrick Rowe.

“The Pathways Rookie Program aims to help develop our emerging male cricketers, and get them ready to step up from being underage stars, to pushing for state contracts and being ready for domestic cricket.

“A really important part of this program is the Rookie Camp. We need to keep providing the best opportunities to engage our best young cricketers, and this camp is a critical part of doing that. It’s an opportunity for the players selected to train at the Bupa National Cricket Centre and experience what life as a professional cricketer is all about.

“The camp will expose these players to similar programs experienced by our elite teams and squads, and will focus heavily on challenging them on and off the field. We want this to be a really enjoyable experience, but it’s also about building resilience and adaptability, and seeing how these guys respond to the challenges presented.”

Seven players from the first two editions of the Rookie Camp are now on state contracts, including Victorian quartet Xavier Crone, Will Sutherland, Zak Evans and Mitch Perry.

The 2018 camp will be led by National Specialist Skills Program spin coach and Queensland Bulls assistant John Davison, with support from National Performance Program head coach Troy Cooley, and coaches from across the country.

It will feature skills sessions and match simulation sessions utilising the facilities at Allan Border Field and the sub-continent style practice wickets, plus pace bowling testing, fielding testing and a number of off-field player development sessions.

The overall 53-player Pathways Rookie Squad is based on a percentage of population and the average of players chosen for representative teams from each state. This year’s intake features 17 players from New South Wales, 15 from Victoria, six from South Australia, Queensland and Western Australia, and three from Tasmania.