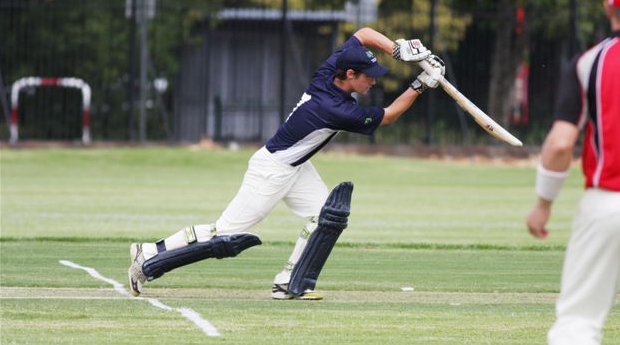 Victoria has won its 15th U19 National Championships title despite a rain affected match against NSW in Brisbane yesterday.

The match ending in a draw due to poor weather however, Victoria still came up on top against the Blues.

Victoria’s tournament victory was attributed to their 1.5 point lead going into the final day of play.

This year’s national championships were affected by rain right throughout the 13 days  with matches on the first three days all abandoned due to rain.

Tom Smyth top scored for the Vics with a knock of 66. Travis Dean (36), Meyrick Buchanan (39) and Dylan Knight’s unbeaten knock of 36 assisted in the Vics posting a total of 214.

With what was meant to be an interesting chase, NSW was unable to commence their innings due to poor weather with the match ultimately being called off.

In the lead up to the traditional NSW v Victoria rivalry show down, the Vics came away with a win against South Australia in the day prior to the final match.

A round six win against South Australia , saw the Vics positioned well to dominate against second placed NSW come the final round.

Victorian opener, Josh Mc Donald’s quick 54 off 51 deliveries set the scene for the Vics to create a reasonable total. Well supported by Buchanan (51) and Ashton Agar (37 not out) the Vics posted 9/231 after their 50 overs,

South Australia crumbled for 108 after just over 30 overs with Jackson Coleman staring with the ball for the Vics snaring 4/9 from just six overs.

Full scorecards from all the matches can be viewed at: