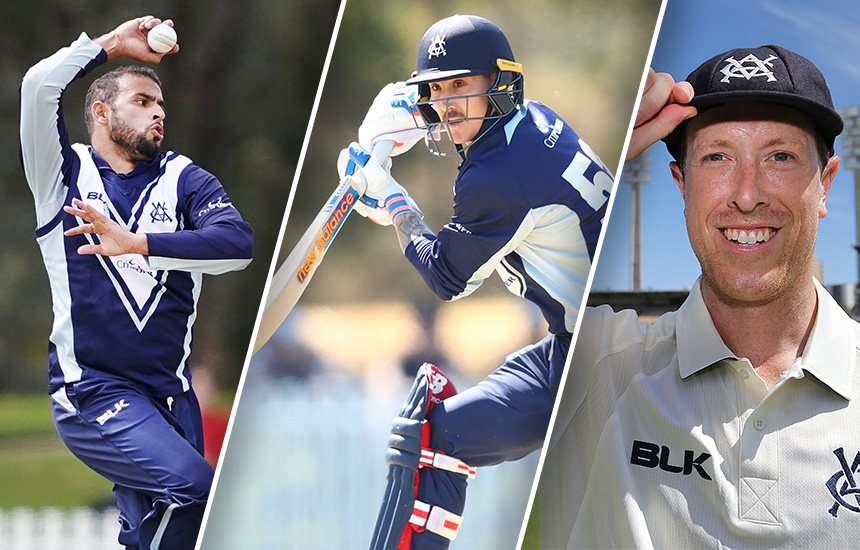 Uncontracted trio Nic Maddinson, Fawad Ahmed and Andrew Fekete have been upgraded to Victoria's full contract list for the 2018-19 season.

Maddinson played in all eight of Victoria’s 2018 JLT One Day Cup matches, and has enjoyed his time in Victoria to date, scoring two half-centuries and taking five wickets, including 4-29 in Victoria’s upset semi final victory over Western Australia.

Ahmed also made an impact in his return, playing the final four matches of Victoria’s campaign including the 110-run victory over Tasmania in the final where he took 2-45.

Likewise, Fekete was a late inclusion into the Victorian JLT Cup squad and made an immediate impact, taking a wicket with his first delivery.

Having been selected in Victoria’s opening JLT Sheffield Shield fixture against Western Australia at the WACA, Fekete now qualifies for a full contract.

“We were pleasantly surprised when Nic Maddinson decided to pursue his career in Victoria and he proved an incredible addition to the JLT One-Day squad, performing strongly with bat and ball across the whole tournament.

“We are pleased to see Fawad Ahmed return to our list of contracted players. He had a big impact late in the JLT Cup and in helping us secure the title.

“Andrew Fekete has been around the squad all pre-season having moved back to Melbourne after a successful few years in Tasmania, and is another welcome addition to our squad.

“We welcome all three players onto full contracts and look forward to the impact they may have if given opportunities to represent the Vics for the season ahead.”