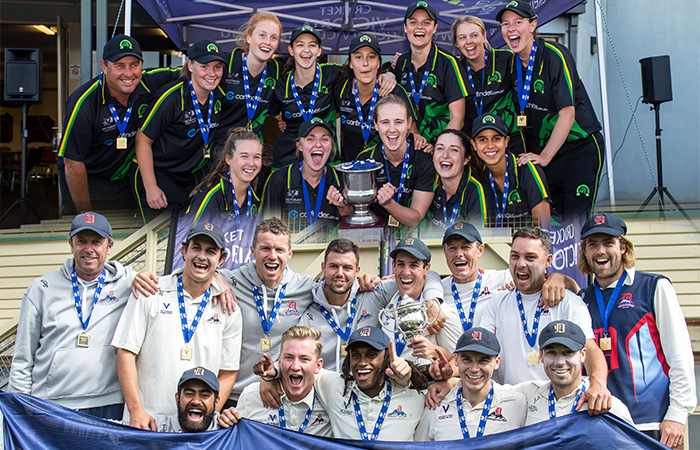 Box Hill Cricket Club and Dandenong Cricket Club have taken out the Women's 50-over and Men's Premier 1st XI titles respectively, with the latter concluding on Easter Monday at Junction Oval.

Victorian Bushranger’s paceman Peter Siddle was awarded the John Scholes medal as player of the match in the Premier Men’s 1st XI Final after claiming figures of 6-45 and 2-45, helping the Panthers to their third premiership in 11 years.

The victory made for a season-double for Dandenong, who also claimed the White-Ball premiership earlier in the year.

It went down to the third and final day, as Dandenong were left to chase 38 for victory in their second innings, which they reached without loss awarding them a 10-wicket victory. The full scorecard can be found here.

The Womens 1st XI One-Day Final was held the week prior and saw Box Hill claim its fourth Premier Cricket Women’s title in five years. They did so in dramatic fashion defeating Essendon Maribyrnong Park with two balls to spare.

Box Hill slumped to 9-157 and required six runs off the final over before No.9 Hayleigh Brennan secured Box Hill a famous victory. Earlier Brennan also did the damage with the ball, taking 6-24 off her 10 overs and was duly awarded the player of the match award. View the full scorecard here.

Cricket Victoria congratulate all teams on yet another fantastic Premier Cricket season, and particularly to those on their respective premiership titles.