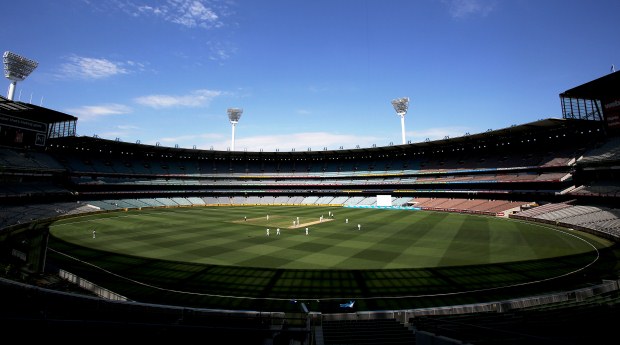 Former Victorian coach Robert Lloyd was among the recipients to be recognised in the Queens Birthday Honours with a Medal of the Order of Australia.

Mr Lloyd, who coached the Bushrangers from 1981 to 1983, was one of eight members of the Victorian cricket community to be bestowed with a prestigious OAM alongside Robert ‘Swan’ Richards, William Sauer, Leo Johnson, William Phillpot, Peter Norman, William Wilkins and Warwick Leeson.

During a long and decorated career both on and off the field, Mr Lloyd was a member of South Australia’s 1963-64 Sheffield Shield winning team before coaching the Bushrangers and serving as Vice President of Cricket Victoria from 1993 to 1997.

Mr Lloyd is a life member of Cricket Victoria and was awarded his OAM for service to cricket as a player, coach, and administrator.

Mr Richards was awarded his OAM for service to cricket, and to youth, after presiding as the Co-Founder, Administrator and Director of the Crusaders Cricket Club since 1977.

Universally known amongst cricket circles as Swan, Mr Richards was involved with the establishment of the Crusaders-Merv Hughes Foundation in 2006; a coaching and development program for young cricket players across the Western Suburbs.

Mr Sauer, President of the Sunraysia Cricket Association, was recognised for service to the community of Mildura.

Mr Sauer, dubbed ‘the voice of Mildura”‘, has served as the Master of Ceremonies for the SCA since 1984 and spent 10 years as President of the Mildura West Cricket Club, nine years as Secretary and was awarded life membership in 1999.

Mr Johnson was recognised for service to the community of Melton through a range of employment, education and social welfare organisations.

Mr Phillpot, a life member of the Dennington Cricket Club, was recognised for service to the community of Warrnambool.

In the past he has been honoured with a Centenary Medal in 2001 and last year was named Warrnambool City Council Australia Day Citizen of the Year.

Mr Norman was recognised for service to the community through a range of organisations including the Prahran Cricket Club.

An active supporter of the True Blues since 2004, Mr Norman has also been involved with the Toorak Park Users Group.

Mr Wilkins was recognised for service to the community of the City of Maroondah.

During his 65-year membership of the East Ringwood Cricket Club, Mr Wilkins has enjoyed two stints as a committee member from 1976-1986 and 1991-1996, and is a life member and Patron.

Mr Wilkins has also served as President or Vice President of the Ringwood District Cricket Association for 24 years and was the Foundation President of the Junior Cricket Competition for 12 years; receiving life membership in 1979.

Finally, Mr Leeson was awarded his OAM for service to the community of St Andrews, particularly in the aftermath of the 2009 Victorian bushfires.

Involved in numerous representations to the Victoria Bushfire Reconstruction and Recovery Authority, among the activities organised by Mr Leeson include organising a local cricket match known as ‘The Ashes’ involving those areas that were impacted upon by the fires.

Cricket Victoria would like to congratulate all the recipients on their OAMs.