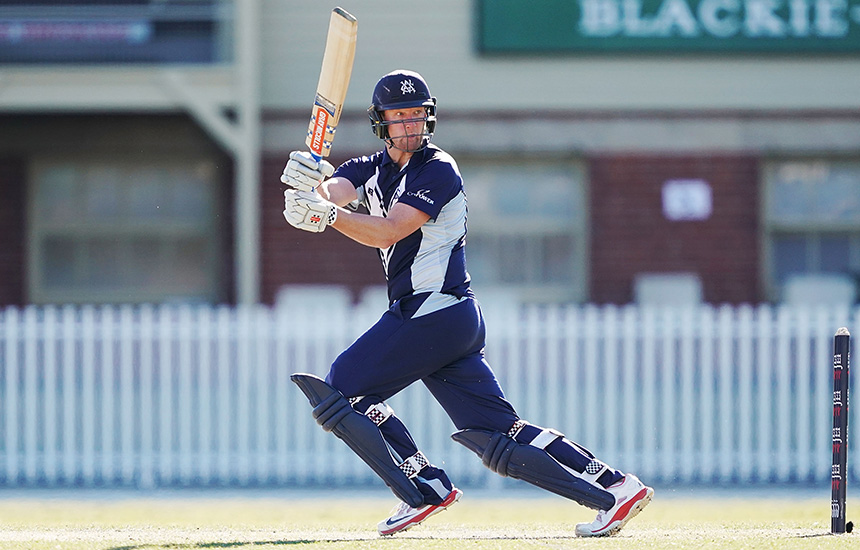 A middle-order collapse has proved costly for Victoria, who slipped to an eight-run defeat against South Australia in their final-round one-day cup match at Junction Oval.

Victoria seemed on track at the midway point of their innings on Sunday in pursuit of South Australia’s challenging 7-265, but the home side lost 4-9 and were dismissed for 257 off the final ball of their innings.

Opener Cameron White (81) and Peter Handscomb (64) put on a comfortable 125-run stand for the third wicket, leaving the Vics cruising at 3-178 in the 34th over.

But the collapse began with the dismissal of Handscomb, who had posted his third consecutive half-century in the competition.

Fast-medium bowler Joe Mennie was a pivotal figure with 3-38, while debutant Luke Robins (1-48) took the crucial wicket of Glenn Maxwell (33 off 37 balls) just as the limited-overs specialist looked as if he would save the day for the Vics.

While all six teams will feature in the finals, Victoria needed to win to have any chance of a top-two finish and claim passage directly into the elimination final.

Veteran batsman Callum Ferguson scored a composed century to rescue South Australia from a parlous 2-30 early in their innings.

After cautiously guiding his side to safety, Ferguson accelerated before being dismissed for 133 off 125 balls for an SA record eighth one-day century.

Jake Lehmann (44) and Tom Cooper (37) were the other main contributors for South Australia.

Victoria now head to Sydney for a Quarter Final on either Wednesdays or Thursday, with the final match-ups to be confirmed following today’s fixtures.