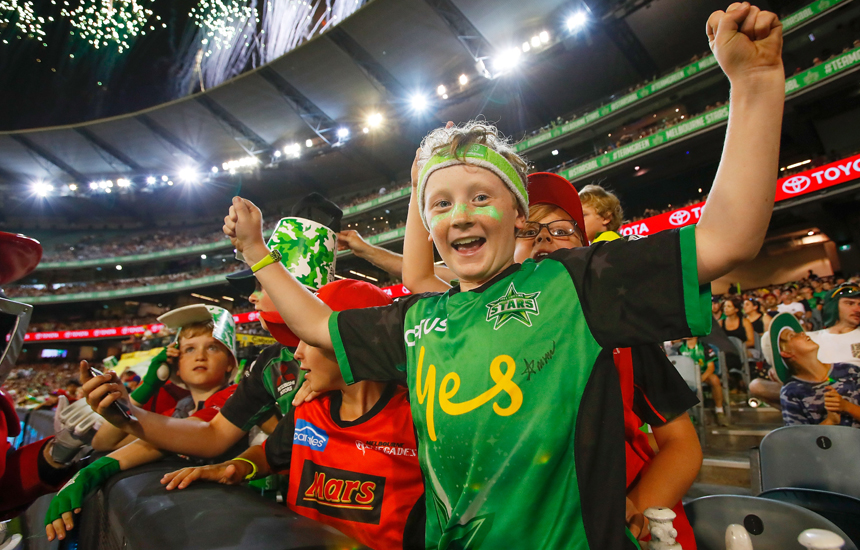 The Melbourne Stars and Melbourne Renegades will both play 14-game fixtures for the first time this season as part of Cricket Australia’s first major expansion of the BBL.

The action-packed BBL regular season has increased to 56 matches, up from 40 matches in BBL|07, in addition to the two Semi Finals and the Final. Clubs have been allocated 14 regular season matches, with two additional home matches from last season (from five to seven). Every club will play each other twice, across what could be one of the most competitive seasons in BBL history.

The Melbourne Stars schedule features five huge matches at the MCG, including a New Year’s Day Derby, plus a home match at Metricon Stadium on the Gold Coast.

“It’s the type of sporting event that attracts over 80,000 people to the ground and over a million people watching at home – that’s huge by anyone’s standards. It’s also a full day of family entertainment, with our women’s team playing in the afternoon and our men’s team playing in the evening – it’s something all Melburnians can get behind,” said Cooper.

The Renegades will begin their season at the newly-renamed Marvel Stadium against the Perth Scorchers and will host a WBBL/BBL double header at Marvel Stadium on December 29.

The return derby against the Melbourne Stars will be held at Marvel Stadium on January 19.

“We’ll play 14 BBL matches in a little over six weeks. It’s a big season and an exciting expansion. It guarantees our members and fans will have plenty of opportunities to see their favourite players in action,” Renegades CEO Stuart Coventry said.

Cricket Australia Head of Big Bash Leagues, Kim McConnie said: “The objective of moving the BBL to a full Home and Away fixture is consistent with Cricket Australia’s strategy of growing the Big Bash and becoming number one for fans across Australia. With more games, in more locations, we believe this is going to be one of the most exciting, action-packed BBL seasons to-date.”