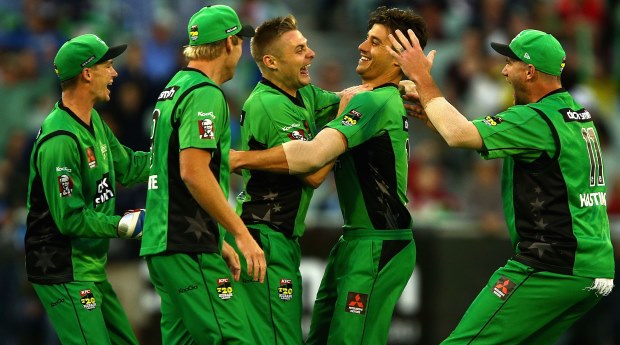 The Melbourne Stars have secured a home semi-final at the MCG after clinching a five-wicket victory against the Hobart Hurricanes last night.

A half-century to Luke Wright (52) guided the Stars to their seventh win from as many outings after restricting the Hurricanes to 9-131 after sending them in.