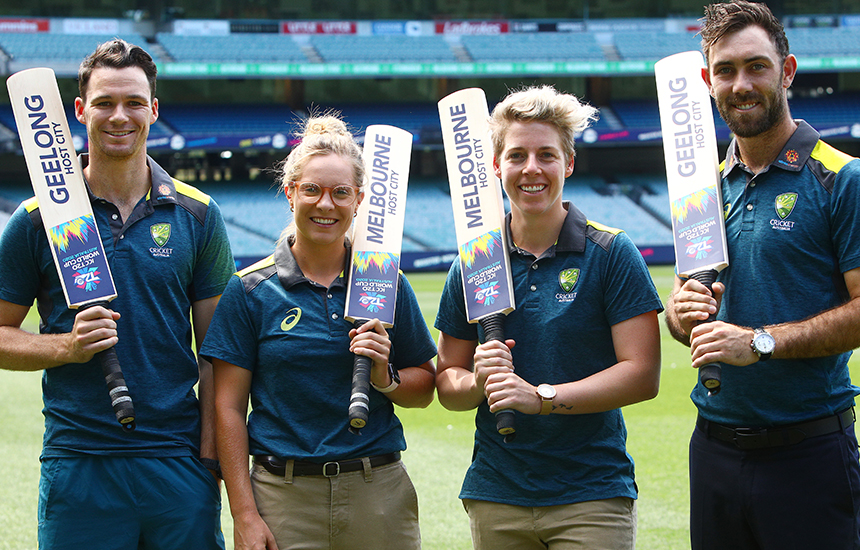 Victoria will host the best cricketers in the world in 2020 following the release of the men’s and women’s 2020 ICC T20 World Cup fixtures. For the first time, the women’s and men’s T20 World Cups will be held as standalone events in the same year and in the same country.

Junction Oval will host a five-match festival of cricket featuring five of the world’s best teams. A highlight of the Women’s T20 World Cup fixture is the match-up between defending champions Australia and arch-rivals New Zealand on Monday 2 March. Earlier that day Sri Lanka will play the first match of a double header.

The women’s Final will be held at the MCG on 8 March 2020, International Women’s Day. This presents a ground-breaking opportunity to set a new world record for attendance at a women’s sporting match.

The biggest cricket stadium in the world, the Melbourne Cricket Ground, will host six Super 12 Stage matches featuring nine of the world’s best teams, as well as the Final of the Men’s T20 World Cup 2020 on Sunday 15 November.

The opening match at the MCG will feature New Zealand and defending champions the West Indies going head-to-head under lights on Sunday 25 October. India will be on show twice under lights in Melbourne, firstly on Thursday 29 October, then in a huge match against England on Sunday 1 November. In a blockbuster Friday on November 6, hosts Australia will take on Trans-Tasman rivals New Zealand under lights. Earlier that day, the world’s number one-ranked side Pakistan will be on show as part of the MCG’s only double header.

“We’re delighted that Victoria will play an important role in hosting men’s and women’s matches, semi finals and ultimately the finals across Kardinia Park, the Junction Oval and of course the MCG,” Ingleton said.

“We’re proud to see the Junction Oval host a five-match festival of women’s cricket featuring some of the world’s best teams including our Australian team when they take on New Zealand which follows an earlier clash between India and New Zealand. Sri Lanka also come to St Kilda taking on India in the second game of an exciting double header and they are scheduled to play one of the qualifying Nations in the opening game of a double header featuring Australia and New Zealand in the second match. It’s great to see Geelong host the opening match of the tournament with every match day there to feature a game under lights as well.”

Visit www.t20worldcup.com for more information and to register for news and early access to tickets.

Adults tickets to the ICC Women’s T20 World Cup matches, including the Final, are going for $20 and kids tickets are $5.

Ticket information, including prices, for the ICC Men’s T20 World Cup 2020 will be announced later in 2019.