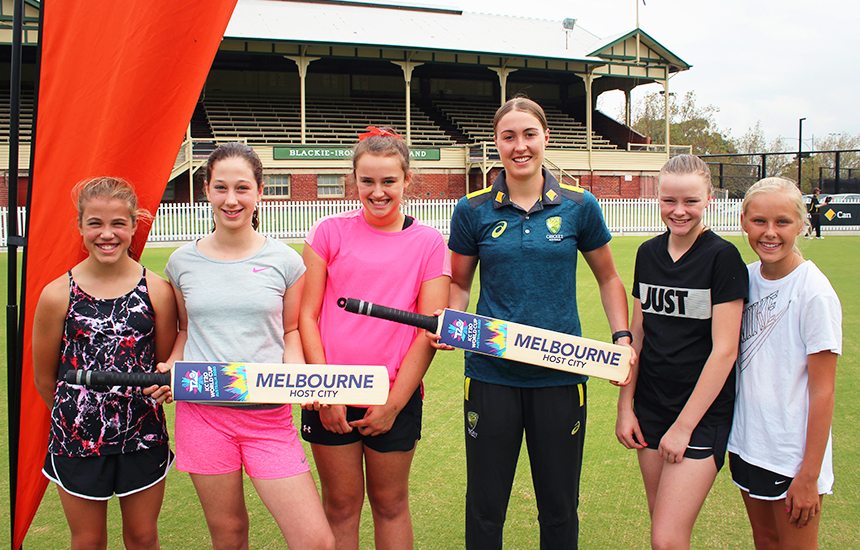 Victorian and Australian bowler Tayla Vlaeminck has joined the 2019 Premier’s Active April campaign as an ambassador.

In her role, Vlaeminck is encouraging Victorians to sign up to this year’s program – a commitment of 30 minutes of physical activity a day for the month of April.

“With only a year to go until the ICC Women’s T20 World Cup, I’ve come on board as an Active April ambassador to get more families onto the cricket pitch” Tayla said

“There are a number of exciting programs that Victorians can get involved with this April, including Social Sixes, a program specifically designed for women looking for a fun, fast and social mid-week activity”.

As part of Active April, a series of indoor Social Sixes sessions will be held at Cricket Victoria. Sessions will focus on activities that are designed to get hearts pumping as well as teach participants the skills required to play cricket. Register for a session here.

Additionally, with tickets to the ICC Women’s T20 World Cup 2020 having gone on sale last month, Vlaeminck is urging Victorians be part of the world record attempt for the most attendance to a women’s sporting fixture.

Now in its 11th year, Premier’s Active April is a Victorian Government initiative to promote healthy and active lifestyles by encouraging Victorians to participate in 30 minutes of exercise a day. With a range of activities hosted throughout the month, individuals, families, schools and workplaces can get involved. Registration is free and Victorians can sign up until 30 April by visiting activeapril.vic.gov.au.