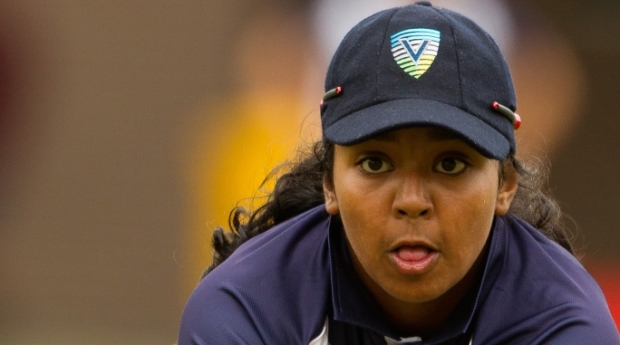 Jake Taylor and Alana King have been named the October nominees for the Commonwealth Bank Future Star Award.

After making his 1st XI debut last season, Prahran’s Jack Taylor has cemented his spot in the side with an impressive all-round performance last month.

He contributed in all of his innings with his highlight a defiant 49 against St Kilda last round when he top-scored on a difficult pitch.

Commonwealth Bank VicSpirit rookie Alana King has had a flying start to the season for Dandenong, having made 32, 28, and 24 in her three matches, while also claiming 3-13 and 2-51.

King was a key bowler for the Victorian Under-18 side last season when she captured 12 wickets.

Introduced in 2005-06, the award is presented each season to the best under-19 Victorian male and female player based on the their form at Premier Cricket level and in National Championships, with nominations selected by a panel of committee members on a monthly basis.

The winners of the Commonwealth Bank Future Star Award will be crowned at the Cricket Victoria Gala night in April.