The hottest tickets in town 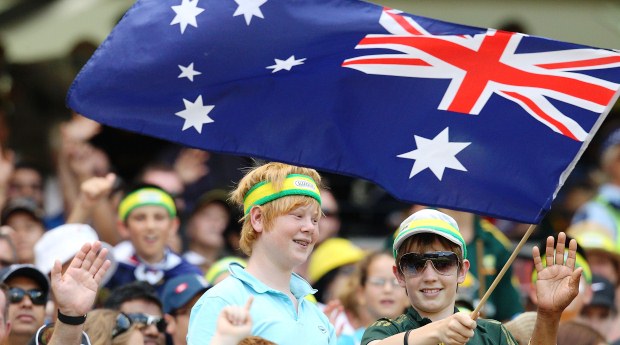 The hottest tickets in town are now on sale for the summer of cricket.

During a blockbuster summer of cricket, the Boxing Day Test will again be the jewel in the crown of the international calendar, with the MCG also hosting two one-day internationals against Sri Lanka on Friday, January 11 and the West Indies on Sunday, February 10.

Melbourne will also play a host to a tantalising Twenty20 International between Australia and Sri Lanka during the Australia Day long weekend on January 28.

Ticket prices for international cricket will be cheaper for fans who purchase before they arrive at the venue, with Cricket Australia keen to reward fans who pre-purchase tickets.

Fans who pre-purchase a family tickets can save between $11* and $25*, depending on the match they are attending and the ticket type they are purchasing.

“The more people who pre-purchase tickets, the better the live experience is for all fans,” Cricket Australia General Manager – Operations, Mike McKenna said.

“Fans who pre-purchase don’t have to wait in line, so they can go straight to the turnstiles. We also sell our tickets in a way that means the earlier you book, the better your seat will be.

“Some of our venues also include public transport in the ticket price, so there is every reason to book early. We wanted to add another reason, and what better way to do that than making it cheaper to buy your ticket early.”

The BBL will commence on December 7 with a huge clash between cross-town rivals Melbourne Renegades and Melbourne Stars at Etihad Stadium.

With teams playing one extra home and away match this season, Victorian fans will get an extra chance to see the two local sides locked in battle with a second Melbourne derby to be played at the MCG on January 6.

Etihad Stadium will be buzzing for the Renegades four home matches against Melbourne Stars on December 7, last season’s semi-finalists Hobart Hurricanes on December 19, the Daniel Vettori-led Brisbane Heat on December 22 and the Adelaide Strikers on January 2.

The Stars will clash with the Hurricanes on December 15, reigning champions Sydney Sixers on December 21, the Renegades on January 6 and the Sydney Thunder on January 8.

For more information on any of the International Cricket and KFC T20 Big Bash League matches for this summer please go to www.cricket.com.au or www.bigbash.com.au.

To purchase tickets, please visit the Ticketek website or phone Ticketek on 132 849.

* Savings are based on ticket face value. Transaction fees may apply that vary these savings. Relevant ticket agency terms and conditions apply.