The battle for Melbourne continues! 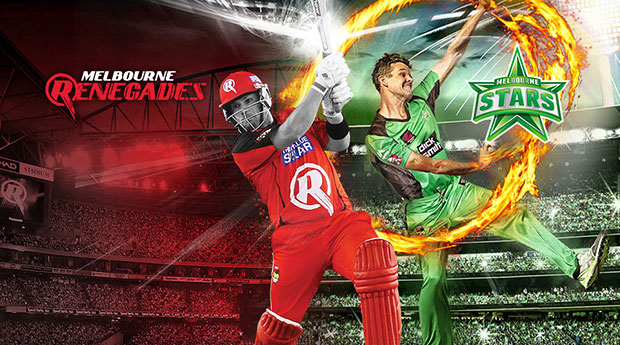 The Melbourne Stars and Melbourne Renegades will continue their cross-town rivalry in two derby encounters over the next week.

The next chapter of the battle for Melbourne will be staged at Etihad Stadium Saturday night (Jan 3) with the Stars currently leading the derby series 3-2.

Coming off a dominant performance against the Sydney Thunder, the Renegades will be looking to claim back-to-back home victories with paceman James Pattinson returning to the game in red-hot form after ripping through the Thunder top-order.

However, the Renegades will be challenged by the team in green as they search for their first win of the season with international superstar Kevin Pietersen back in the line-up.

With a big crowd anticipated, we recommend that you pre-purchase your tickets to the first Melbourne derby here to avoid queuing at the ground.

The cross-town rivals will again clash next Saturday (Jan 10) at the home of Stars – the MCG.

You can buy your tickets for the second Melbourne derby here.

In between, the Stars will face the Sydney Sixers at the MCG while the Renegades will travel to Hobart to take on the Hurricanes.