‘The Perrys’ mural unveiled in Melbourne 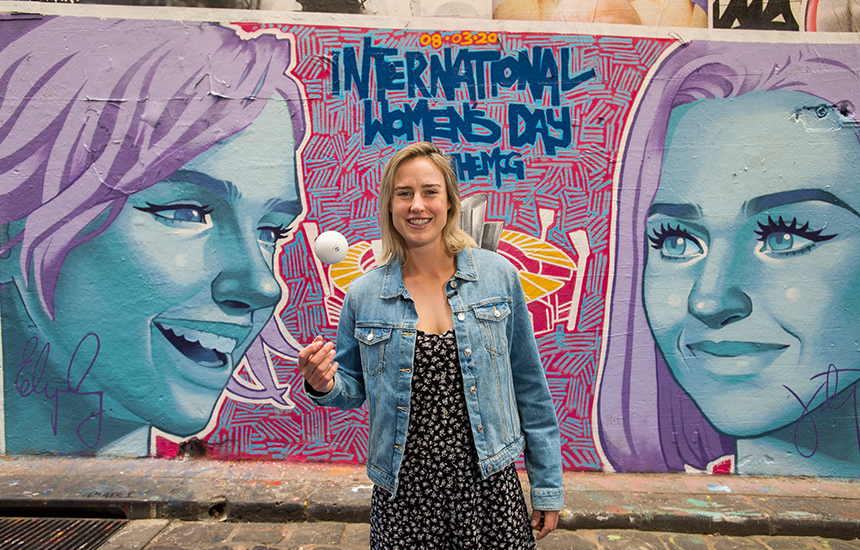 Ellyse Perry hit the streets of Melbourne today ahead of the ICC Women’s T20 World Cup 2020 to unveil a mural celebrating two of the world’s most famous ‘Perrys’; Ellyse herself and global pop superstar Katy Perry.

Both will play their part in the biggest women’s sporting event to ever be held in Australia which gets underway on 21 February and concludes with the final at the MCG on Sunday 8 March – International Women’s Day.

Australian superstar Ellyse Perry, who was crowned the ICC Cricketer of the Year 2019, is a key member of the Australian squad who are reigning T20 World Champions and who will start the defence of their title in 15 days against India at Sydney Showground Stadium.

Ellyse and her Australian teammates will be hoping to join Katy Perry for the final at the MCG where fans will be treated to a double performance from the iconic pop star. Katy will perform two songs to get the final underway, followed by a one-hour* post-match concert with her full band, immediately following the match – her only performance in Australia whilst she’s here.

“As a team, we have a long way to go, but we recognise we have a great opportunity ahead of us and we’re looking forward to getting into the event. Regardless of whether we’re there, it’ll be an incredible moment for women’s cricket,” Ellyse said.

“It’s very exciting to have someone like Katy Perry coming to play at the final and a bit surreal to be sharing a place with her on this mural. It’s a bit of fun that she shares the same name, so hopefully I can get her in one of my Australian shirts.”

A limited number of fans will also have the unique opportunity to watch Perry’s post-match show on the MCG turf. Fans who purchase tickets prior to 11:59pm AEDT on 24 February will be eligible to enter a ballot** for one of around 5,000 exclusive places on the field in front of the stage.

Tickets to the final start from just $20 for adults and $5 for kids. Tickets are available at t20worldcup.com.

The final presents a ground-breaking opportunity to set a new record for attendance at a women’s sporting fixture on the day when equality and women’s achievements are celebrated globally. The current record crowd of 90,185 was set at the 1999 FIFA Women’s World Cup final in Pasadena, California.

*The actual performance duration is subject to match delays.
**Terms and conditions available at www.cricket.com.au/competitions