Tony Dodemaide on the proposed revamp of metropolitan turf cricket 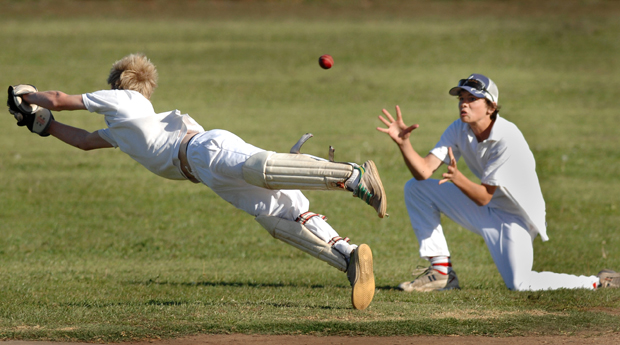 Despite footballers running across soggy centre squares on ovals all over Melbourne, right now there is a great conversation going on regarding the structure of grassroots cricket in our city.

In February, Cricket Victoria circulated a discussion document, which is the result of a great deal of work and consultation over the past year by a dedicated party of community cricket representatives.

Respected cricket writer Gideon Haigh was critical of the document’s contents in the Herald Sun last Monday (18/5) and advocated that “..grassroots sport is best run as close to the grassroots as possible by people with practical, hands-on expertise..”.

I couldn’t agree with Gideon more. Our game thrives through the selfless efforts of an army of volunteers (some 23,000 in Victoria) who build and maintain their clubs with passion.

Gideon’s club, the Yarras, is one of about 1,100 in Victoria. Last summer they fielded five senior men’s teams, all affiliated with the Mercantile Cricket Association (MCA) and based in the idyllic surrounds of Como Park in inner Melbourne.

The 93-year-old MCA is affiliated with the Victorian Metropolitan Cricket Union (VMCU), a collective of associations below Sub-District level that has been in existence for 102 years.

So why have Cricket Victoria and Association representatives been working together to explore potential changes to a system that has served many thousands of grassroots cricket faithful for so long? Let’s take a closer look at the current structure.

In its long history, the VMCU (including earlier incarnations) has boasted no fewer than 119 different affiliate associations. There are currently 21 active affiliate competitions.

The point is that, while some associations have lasted longer than others, cricket has never been immune to change, as our city’s growth and changing lifestyle expectations have exerted new pressures on communities, clubs and facilities.

Another club, Brunswick CC, bring their players up through junior ranks and field 15 teams, including a women’s XI. The club has affiliations to five different associations – VSDCA, VTCA, WCCC, NMCA and NWMCA. It’s hard enough to keep pace with the acronyms let alone navigating the operational maze.

Not only are there the weekly club operations, this club also needs to find people to attend five separate association meetings, find affiliation fees for each level, worry about regulations, work with local Council officers and so on. In the growing City of Melton there are 13 cricket clubs with affiliations to eight separate associations.

One must ask, as the working party did, how do clubs really cope under such a system? And how might the burden be reduced?

By any measure, particularly in comparison with other sports, the current structure of Victorian community cricket is convoluted.

In order to find potential solutions to improve the system, we didn’t pick a bunch of MBA students to work from a textbook. Local challenges need local solutions and the seven members are all from the grassroots. Six are, or have been, club or association Presidents, while the other has been involved in community cricket for most of his life and was captain of Elsternwick CC. They all have intimate knowledge of the issues and pressures faced by club volunteers.

At the heart of the recommendations is the establishment of five leagues based on location. The working party recommended that, in order to have a sustainable structure that encouraged participation, travel times between grounds should be limited to half an hour or so, not the hours many face in existing cross-town competitions.

For club administrators, competition operations and council liaison duties would be delegated to a full-time paid employee. This represents an investment by Cricket Victoria of half a million dollars each year.  Each league would be overseen by a board with appropriate skills and abundant experience of that zone’s local cricket, communities and character.

Ultimately, we want to make it as easy as possible to participate, from as early an age and for as long as possible as a player, coach, volunteer or administrator. We want to be more responsive to clubs’ needs, give greater support and ensure all participants have access to the game’s many benefits.

We want cricket to be as easy as possible for clubs and local councils to manage, so that the game comes first and is front of mind when investment and resource allocation decisions are made.

We want cricket in Victoria, at all levels, to be as strong as possible for the benefit of current and future generations.

Please note: The references to clubs and associations above are for illustrative example, and do not necessarily reflect the support or otherwise of these bodies to the proposed reforms.