Trials wrap up ahead of National Championships 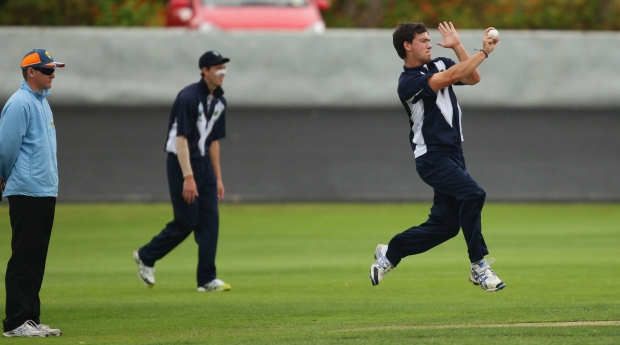 Victoria's preparations for the Under-17 National Championships concluded last Sunday with its final trial matches at Schramms Reserve.

A key component of the Victorian Bushrangers Pathway program, the matches were the culmination of a selection process that included a number of winter training sessions at the MCG, as well as the Victoria Metro V Country series in Cobram Barooga in September.

Playing a 50-over fixture, Team 1 raced to 1-92 with Guy Walker posting 23 (16) and Jack Blain 54 (51) finding the short square boundaries at Fitzroy-Doncaster’s home ground to their advantage.

Central Highlanders’ Matt Short was the mainstay of the innings and his knock of 85, which was from just 72 deliveries and included 12 boundaries and a six, helped Team 1 post 243.

The wickets were shared around with Zac Merrett (2-22) and Joe Blake (2-29) the pick of the bowlers.

In reply, Team 2 struggled to post any meaningful partnerships with only Liam Banthorpe (45), Pat McKenna (24) and Blake (22*) looking comfortable at the crease as they fell 100 runs short of the target.

Crafty spinner Ejaz Alavi (2-6) picked up two late scalps, while Josh Bartlett (2-22) and Kieran Elliott (2-23) did the damage to the top-order.

Cricket Victoria high performance manager Tim McCaskill said the standard of play was higher than that of the previous trial match held on October 14.

“The quality of performance was much higher,” McCaskill said.

“These matches, combined with the Metro V Country series, have given the players additional opportunities to showcase their skills.”

The side for the Under-17 National Championships, which will commence in Hobart on December 10, will be selected this week.