U14 Indoor Girls win VicSport Junior Team of the Year 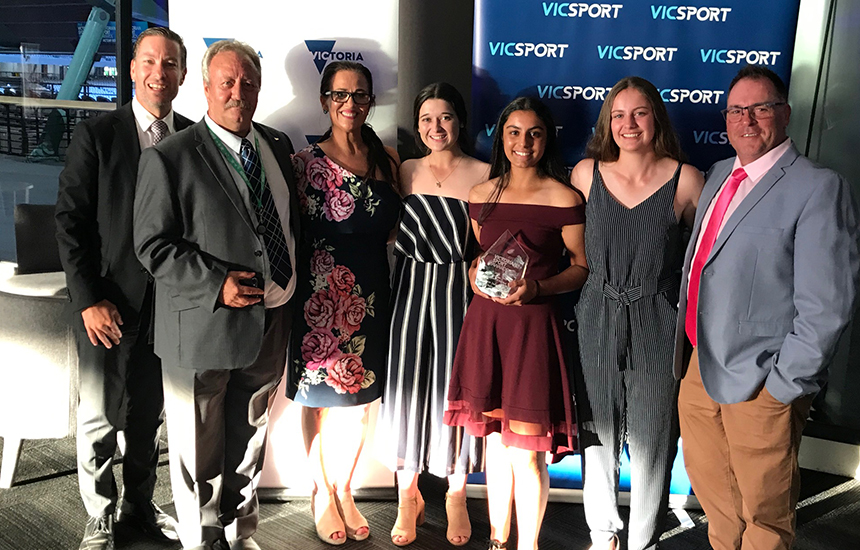 Victoria's Under 14 Indoor Girls Cricket Team have emerged victorious at the VicSport Awards held in Melbourne.

The team, who went undefeated at the National indoor championships in 2018, were named Junior Sports Team of the Year at the ceremony held at Marvel Stadium.

The victory in their age group at the national titles marked the third consecutive year that the team has triumphed in that division.

“We’re really excited to see the girls win this award and get recognition they deserve for their performances at the national titles. The 2018 title marked the third consecutive win for Victoria in this age group and I congratulate Janet Finn and the team on winning the Young Team of the Year award,” Gregory said.

“Indoor cricket has played an important role in the development of many of our state, Big Bash and Australian cricketers over the journey including Cameron White, Mackenzie Harvey, Elly Donald,Chloe Rafferty and current Australian captain Tim Paine.”